Loading...
Store International Patenting the Recombinant Products of Biotechnology and Other Molecules 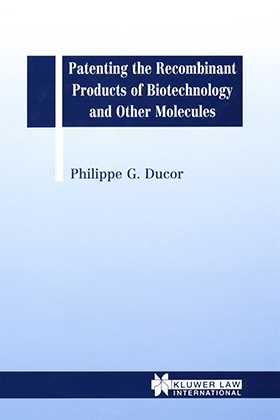 Patenting the Recombinant Products of Biotechnology and Other Molecules