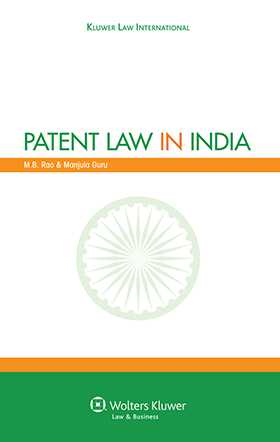 The 2005 Amendments to the Indian Patent Act expanded the scope of patentability by (among other provisions) allowing patenting of new substances brought about by incremental innovations. What exactly is an ‘incremental innovation’? And how does the amended Act alter the legal definition of patentable subject matter and restructure the essential criteria - utility, novelty, no prior publication, and non-obviousness - around which patent law revolves?

This masterful analysis of patent law in India, by two of India’s most distinguished jurists, investigates thoroughly the scope of the possible answers to these crucial questions. Recognizing the character of the revolution taking place in patent law globally under the regime of multinational corporations - and India’s central role in its development - Dr. Rao and Dr. Manjula Guru’s analysis focuses on the patenting of substances arising out of advances in biotechnology, genetically engineered products, and computer-related devices. But they do not neglect the practical details of application, registration, and proceedings as constituted under the amended law; in fact, this book is the most detailed and insightful procedural and practice guide to the subject we have.

Topics and areas of practice covered include the following:

• patent for new use of a known product;

• entry in the Register;

• powers of the Controller of Patents;

• addition and restoration of lapsed patents;

• defences and reliefs in infringement proceedings;

• international arrangements for grants of patents simultaneously by several countries;

Dr. Rao and Dr. Guru refer throughout to the far-reaching effects of the relevant World Trade Organization instruments (the TRIPS Agreement and the Doha Declaration), including provisions related to public health and national or regional emergencies and to research and development into new medicines. Important case law is also referred to, and various corresponding provisions of the law of several countries, in particular the United States, the United Kingdom, and the European Union, are frequently brought into comparative analysis.

No legal, administrative, or business professional in any of the many areas touched by patent law - not only in India, and elsewhere - can afford to bypass this deeply-informed study of a topic of huge global significance. Corporate counsel seeking an Indian patent will find no better guide.