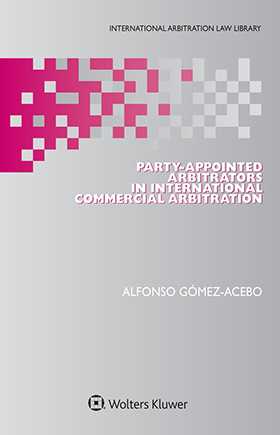 What’s in this book

This empirical study, in which the author offers a comparative analysis of challenges of arbitrators taking into account the method of appointment of the arbitrator, reveals interesting differences and coincidences between party-appointed and non-party appointed arbitrators.

The book ends with some suggestions on how the system of unilateral appointments could be improved, namely in order to increase the trust of each party in the arbitrator appointed by the other party and to allow an accurate match between what arbitration end-users may want from party-appointed arbitrators and what they ultimately get.

How this will help you

Party-Appointed Arbitrators in International Commercial Arbitration fills a gap in arbitration literature. Much has been written about party-appointed arbitrators; most articles are focused on particular aspects of the system of unilateral nominations, but there is no comprehensive or monographic study on unilateral appointments in the market such as this work. For both its thorough and well-informed analysis and its sound recommendations in relation to party-appointed arbitrators, this book is sure to be welcomed by professionals in the arbitral community worldwide, as well as by arbitration law academics.

Chapter 3 The Right to Make a Unilateral Appointment.

Chapter 4 The Standard of Impartiality and Independence.