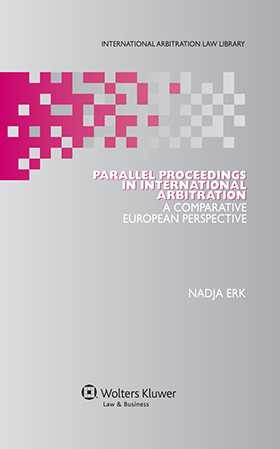 Qty.
This product is available for the standing order program. Learn More
Add to Cart
For general delivery times, please see our Shipping Policy
Share
Overview
This book depicts and evaluates, in a European context, the pleas and actions which parties may make use of to dissolve the parallel jurisdiction of a national court and an arbitral tribunal. The author undertakes a thorough comparative analysis of the motivations for, and practice of, such pleas and actions with special regard to the major hubs where elaborate arbitration laws are tried and tested by the arbitration community – Germany, France, Switzerland, and England.

On the basis of four scenarios of parallel proceedings before national courts and arbitral tribunals, the analysis tackles such issues and topics as the following:

Throughout, the author underlines the importance and applicability of relevant multinational and supranational conventions, institutional arbitration rules, the International Law Association’s recommendations, national laws in force and national courts’ case law including the case law of the European Court of Justice as regards the interface of arbitration and the Brussels Regulation.

In its focus on the jurisdictional pleas and actions available where proceedings on the same subject matter and between the same parties are pending both before a national court and an arbitral tribunal, this book has no peers. The author’s analysis of the characteristics of these jurisdictional pleas and actions, and their effectiveness in major European jurisdictions – from the perspectives of the national courts, the arbitrators, and the parties – is entirely new, and of immeasurable value to practitioners, corporate counsel, and interested policymakers and jurists.

Chapter 3 Jurisdictional Pleas and Actions with Parallel Proceedings before an Arbitral Tribunal and a National Court.