Loading...
Store Overview of the Appeal Proceedings according to the EPC 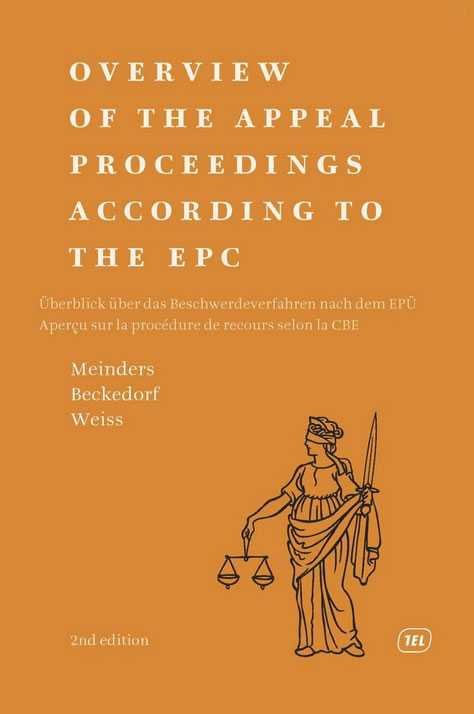 Overview of the Appeal Proceedings according to the EPC

The Rules of Procedure of the Boards of Appeal of the European Patent Office were substantially revised in 2003. These Rules make it clear that the function of the Boards of Appeal is mainly a judicial one, namely the review of the appealed decision. Thereto, the proceedings are essentially in writing and the case must as complete as possible at the early stages. They are more a judicial review of the decision than a continuation of the administrative first instance proceedings, particularly in opposition-appeal. Hence, the appeal proceedings are substantially different from the first instance proceedings, a fact not generally appreciated by parties attending appeal proceedings.

The book also contains the complete text of the Rules of Procedure of the Boards of Appeal as well as of the Enlarged Board of Appeal in the three official languages and an alphabetic index for each language.

The second edition has been extensively reviewed in all its content and has been updated and supplemented with even more practical advice and a considerable number of jurisprudence references.

The Overview of the Appeal proceedings according to the EPC is indispensable for patent attorneys and lawyers involved in appeal proceedings before the EPO. It is a reference book both for the practitioner and the trainee.