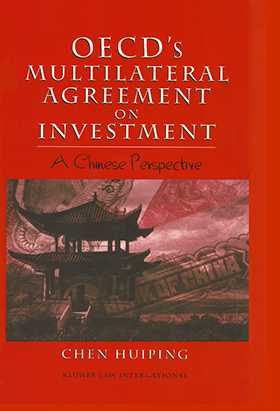 Qty.
Add to Cart
For general delivery times, please see our Shipping Policy
Share
Overview
Multilateral Agreement on Investment: A Chinese Perspective makes detailed analyses and comments on the MAI from the perspective of a Chinese scholar. The author believes that the behind closed doors process of MAI negotiations is unacceptable for developing countries, NGOs, and civil societies, and is inadvisable for any future negotiations on investment rules.

The substantive contents of the MAI which include the definition of investor and investment, treatment of foreign investors and investments, treatment for investment protection, and the dispute settlement mechanism are of high standards that render them unreachable and unacceptable for developing countries.

The nine chapters of the book include: