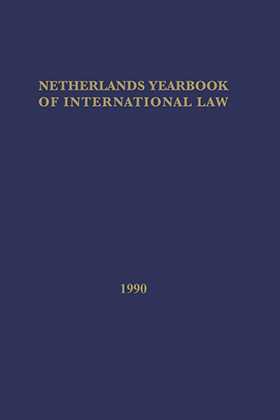 Available: Ships in 3-5 Business Days
Price
$272.00
Qty.
Add to Cart
Share
Overview
The 1990 Netherlands Yearbook of International Law contains expert articles on issues such as: conflicts of norms; belligerent reprisals; the exercise of jurisdiction in the Antarctic Region; Entitlement to maritime areas of rocks which cannot sustain human habitation or economic life of their own.

This Yearbook is included in the 1990 subscription to the Netherlands International Law Review (volume 37).