Loading...
Store International Negotiating the Future of Agricultural Polices: Agricultural Trade and the Millennium WTO Round 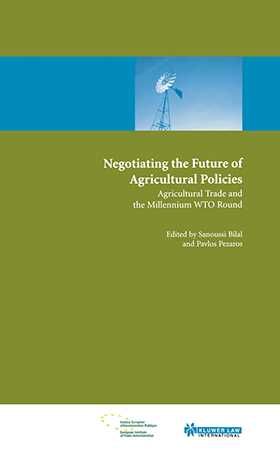 Qty.
Add to Cart
* For general delivery times, please see our Shipping Policy
Share
Overview
With the conclusion of the Uruguay Round Agreement on Agriculture in 1994, agriculture has for the first time been integrated into world trade rules and disciplines. WTO Members have made a commitment to continue the reform process initiated during the Uruguay Round by starting new WTO negotiations on agriculture by 2000.

This book combines academic analysis with practical expertise to discuss, in an accessible and systematic way, some of the principal aspects of these agricultural negotiations, and aims to make recommendations for viable and successful negotiating positions in the new WTO talks on agricultural trade.

Several expert articles outline the historical and political background of previous negotiations and policy developments in agricultural trade. Others provide an overview of the key issues for the new round of negotiations, including: