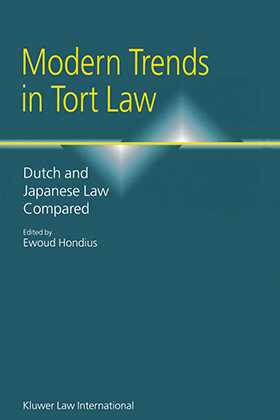 Qty.
Add to Cart
For general delivery times, please see our Shipping Policy
Share
Overview
This work contains the proceedings of the Second Conference on Dutch-Japanese Law, which took place at the University of Utrecht in August 1996. The doctrine of tort law was chosen as the central theme for this Conference.

The meaning of tort law has been extended to such a degree that socially accepted responsibilities are attributed to specifically determined natural and legal persons. This book elaborates on various modern trends in tort law, such as: