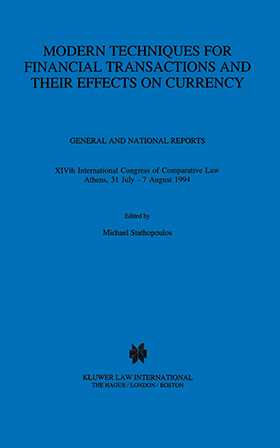 Modern Techniques for Financial Transactions & Their Effects on Currency

The great strides being made in the creation of a single currency for use within the European Community have engendered major controversies over acceptable forms of financial transactions (e.g. the case of privacy in modern payment systems in the Netherlands).