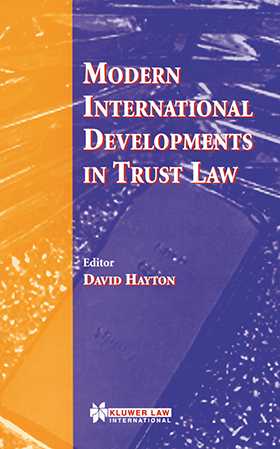 Qty.
Add to Cart
For general delivery times, please see our Shipping Policy
Share
Overview
This book is concerned with the development of the trust idea in common law jurisdictions, whether mainland or offshore, and in civil law jurisdictions. While trusts are important for preserving family wealth and influence, over ninety per cent of the value of trust funds is found in commercial or financial trusts, about which little has been written.

It is interest in the latter type of trust that is likely to lead to the development of the trust idea in European mainland jurisdictions, especially as the economic destinies of European jurisdictions become increasingly intertwined and as the Hague Convention on the Recognition of Trusts comes to be implemented.

In this volume the work of leading trust scholars in Canada, England, the USA, Germany and Japan is brought together to explore key issues in trust law, until now not covered in any single resource: