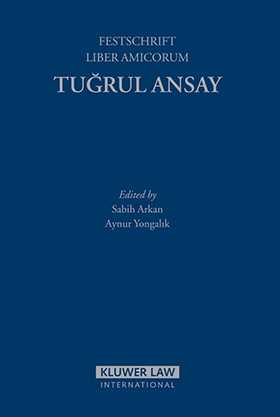 Qty.
Add to Cart
For general delivery times, please see our Shipping Policy
Share
Overview
Turul Ansay is an outstanding figure in the landscape of comparative law. In a field that holds ever-growing promise for the future, he continues to manifest his tireless spirit in a wide arc of influential activity. The spectrum of his achievement encompasses many areas of substantive law as well as legal education. He is noted also for his direct contributions to the national legal systems of more than a few countries notably that of his native Turkey contributions characterized by the deep integrity that a truly comparative perspective brings. This impressive Festschrift in honour of Dr. Ansay's 75th birthday presents signal contributions by no less than thiry-six of his colleagues and fellow-comparatists, all of them well-known scholars in their fields. They offer insightful views on some of the many tasks of legal scholarship taken up by Dr. Ansay in the course of his long career, including such areas as the following:

The wealth of material in this book represents a treasury of commentary and information that no student of comparative law will want to do without. Because of its array of outstanding authors in the field and its important sidelights on such areas as transplanted law, legal and social change, comparative law methodology, European legal integration and convergence, and cross-border import and export of ideas and institutions, this book is far more than a liber amicorum: it is a major new contribution to the field of comparative law, and will be of great value not only to academics but to lawyers involved in cross-border practice in areas such as family law, human rights law, and international business transactions.