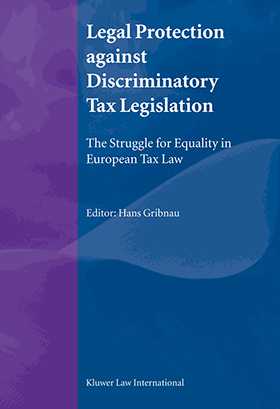 Qty.
Add to Cart
* For general delivery times, please see our Shipping Policy
Share
Overview
In any democratically constituted regime, the real value of the principle of equality can be measured in a very revealing way: by evaluating the consistency and impartiality of tax legislation and its judicial review. Such an evaluation, using a comparative approach to applicable law in several European jurisdictions, is essentially what this book provides.

The six authors, a supreme court justice, a professional tax consultant, a tax inspector, and three tax law academics, treat such crucial issues as the following: