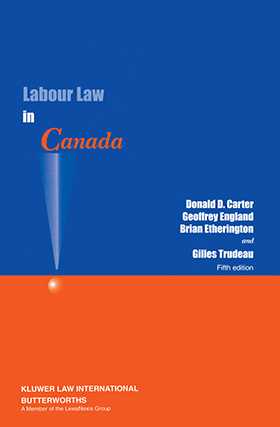 Qty.
Add to Cart
For general delivery times, please see our Shipping Policy
Share
Overview
For a clear understanding of the legal protections and remedies available to employers and workers in Canada, this convenient survey and analysis is ideal. Although it may be said that there are eleven distinct systems of labour law in Canada - encompassing ten provinces and the Federal government - the authors ensure depth of treatment by focusing on common policy themes and typical legal solutions, with significant departures noted in whatever province or area of law they may arise. However, the relevant law of the three most populous and influential provinces - Quebec, Ontario, and British Columbia - is covered in particular detail, as is Federal labour legislation and case law.

Among the important areas of Canadian law and practice emphasised are the following: