Loading...
Store International Justice and Technology in Europe: How ICT is Changing the Judicial Business 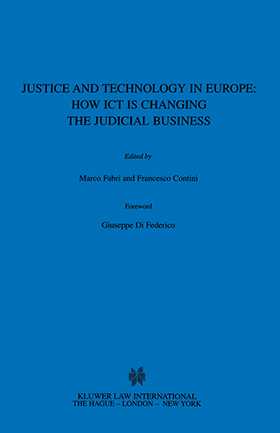 Justice and Technology in Europe: How ICT is Changing the Judicial Business

Qty.
Add to Cart
* For general delivery times, please see our Shipping Policy
Share
Overview
Like systems and procedures in most areas of modern society, the functioning of courts throughout the world has been enormously affected by information and communication technologies (ICT). It has become crucial for lawyers to keep pace with technical changes in judicial systems, especially in international cases where an understanding of procedural variations from one system to another could spell the difference between success and failure.

This immensely valuable book has been written by experts who, in various ways, have actually been engaged in the planning and implementation of ICT in the courts of their respective countries. To ensure information that is as homogeneous as possible, and to facilitate cross-border comparisons, the authors have followed a common and detailed `blueprint' which includes a brief description of the judicial system under discussion.

The papers were originally prepared for presentation at the first European Seminar on Court Technology, held in September 2000, at the Research Institute on Judicial Systems (IRSIG–CNR) in Bologna, Italy. The Seminar brought together delegates from the fifteen member countries of the European Union, the Court of Justice of the European Communities, Norway, Venezuela, and The World Bank, to discuss topics related to court technology.

Specific areas of court technology covered include case management systems, electronic filing, and electronic data interchange. Although the emphasis is on EU Member States, a general overview of ICT applications in some Latin American judiciaries is also provided.