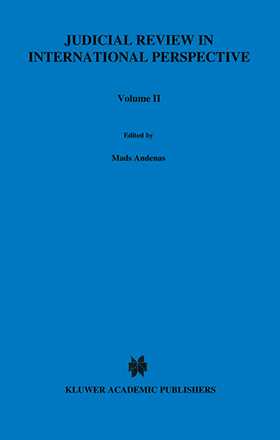 Qty.
Add to Cart
* For general delivery times, please see our Shipping Policy
Share
Overview
Lord Slynn of Hadley is one of the outstanding judges of his time. He has served as a High Court Judge, as an Advocate General and a Judge of the European Court of Justice, and he has been a Lord of Appeal for ten years. This Liber Amicorum bears testimony to the international reputation that he has achieved for his judgments and for his scholarship.

In the many distinguished contributions, judges from international courts and from Supreme Courts and Constitutional Courts, together with academics from leading universities around the world, have taken the opportunity to celebrate the accomplishments of Lord Slynn's legal career thus far, and also to discuss areas of law where Lord Slynn can be expected to give important impulses to further development.

`Mr Gordon Slynn was outstanding. The best I have ever known. He will go far.' Lord Denning, Master of the Rolls, 1980.