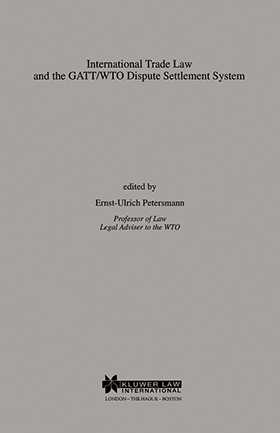 Part I of the book introduces the basic principles, procedures and historical evolution of the GATT/WTO dispute settlement system. It analyses the first experience and current legal problems with the new WTO dispute settlement system, such as the application of the Dispute Settlement Understanding to trade in services, intellectual property rights and restrictive business practices.

Part II examines the evolution of international trade law, and the application of the GATT/WTO dispute settlement procedures in specific areas of international economic law, such as anti-dumping law, agricultural and textiles trade, restrictive business practices, and the Agreement on Government Procurement.

Part III describes procedures for the settlement of international trade disputes in domestic courts and regional trade agreements, such as the EC, the South American Common Market and NAFTA, and examines their interrelationships with the GATT/WTO dispute rules and procedures.