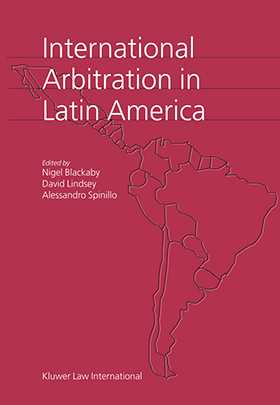 Qty.
Add to Cart
For general delivery times, please see our Shipping Policy
Share
Overview
The last few years, even months, have seen radical changes in commercial arbitration in almost every Latin American jurisdiction. International Arbitration in Latin America is a first of its kind publication that provides the lawyer, arbitrator, and businessperson with a thorough overview of the current status of international arbitration in the region.

Freshfields Bruckhans Deringer's Nigel Blackaby, Clifford Chance's David Lindsey, and Argentine lawyer Alessandro Spinillo have joined with others in the field of arbitration in Latin America to compile the first comprehensive review of commercial arbitration in major Latin American jurisdictions as well as notable developments in the use of arbitration mechanisms contained in bilateral and multilateral investments treaties and free trade agreements. The book provides not only a detailed analysis of the law, but also insight from local practitioners into the culture of arbitration and how the law is applied.

Features of the book include