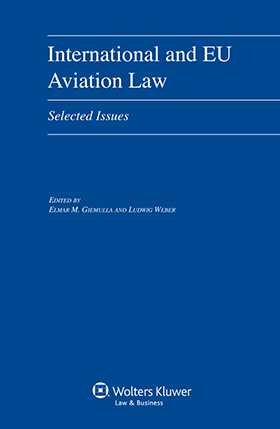 
From the 1784 French police directive requiring prior authorization for balloon flights to the complex international system of standards and recommended practices, certification and licensing that we have today under the Chicago Convention of 1944 and the International Civil Aviation Organization (ICAO), aviation law has progressed rapidly in line with advances of technology. Nevertheless, the basic principle of airspace sovereignty – by which each state has exclusive jurisdiction over the airspace above its territory – has remained the underlying foundation of national aviation legislation and international aviation agreements.

This book offers an extraordinary wealth of information, from the ground up, of the law governing and regulating air transport today, with a strong emphasis on international aviation. A team of distinguished authors in the field of aviation law provide a cogent synthesis from which sound legal opinions and strategies of legal action may be confidently built. Among the many topics here in depth are the following:

This publication cites significant legislation and court rulings, including from the United States and the European Union, where far-reaching measures on market access, competition and passenger rights have set trends for other regions of the world. The special case of Latin America has a chapter to itself. At a time when commercial aircraft have been used as lethal weapons for the first time, aviation law finds itself in the front line of responsibility for maintaining global aviation security.

Chapter 8. United States Air Law in the 21st Century: Challenges from the EU and Elsewhere - A. I. Mendelsohn.