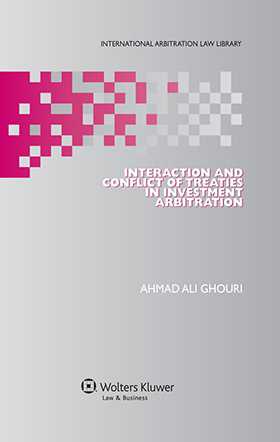 Interaction and Conflict of Treaties in Investment Arbitration

This new book is the first to focus on the interaction between international investment law and other systems of international law.

Looking at the challenges in this area from the perspective of treaty conflicts, the author examines and comments on cases where obligations in two treaties can conflict with one another, such as:

He determines the hierarchy between these conflicting treaty norms, and establishes a legitimacy threshold for the investor-State arbitral system.

It covers every issue that you might expect to find in this contentious area, including:

You’ll find a wealth of interpretive methodologies, remedial mechanisms, and legally and practically plausible examples that investor-State tribunals can use in their adjudicative techniques. The author argues that the solution to the legitimacy crisis of the investor-State arbitral system lies in the taking up and resolution of the issue of treaty conflicts by the tribunals themselves.

How this book will help you:

Provides interpretive methodologies, remedial mechanisms, and legally and practically plausible paradigms that investor-State tribunals can use in their adjudicative techniques

Who should read this book?

It will be essential reading for investment arbitrators, cross-border investors, States who are parties to investment treaties, foreign investment policy makers, and others working in arbitration, human rights, environmental law, and international trade.

CHAPTER 2 The Evolution of Investment Treaties.

CHAPTER 3 The Law of Treaty Conflicts.