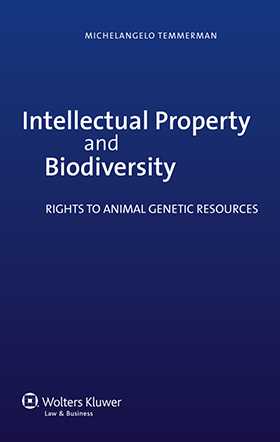 This monograph analyzes against this background the impact of the patent system on ownership traditions in agriculture, on animal welfare, and on biodiversity. It looks at how those factors in turn are likely to affect the shape of patent law, and how they should affect it. The author hereby focuses on important specific issues arising, including the following:

With detailed investigation of how three major jurisdictions – the European Union, the United States, and Canada – have regulated the matter, the book highlights unresolved issues in the laws dealing with animal genetic resources. How do the usual principles of patent law affect ownership over animals in agriculture? To what extent is patent law in accordance with neighbouring fields of regulation, with relation to animal welfare? How can intellectual property be used to alter, stimulate, or tackle developments in the realm of the conservation and promotion of biodiversity? Questions like these are asked, checked upon the more technical country studies; and then used to put to test the adequacy of international patent regulation in a final chapter. As a deeply informed overview of the arguments and discussion points, this is the only book of its kind. It links general discussions to the often technical and complicated patent regulations, in the specific context of animal genetic resources. It is sure to bring lawyers in the field closer to the policy debates; and decision makers closer to the precise idiosyncrasies of patent law.
Table of Contents
Acknowledgments. List of Abbreviations. Introduction. Chapter 1 Rights to AnGR. Chapter 2 Patenting AnGR: A Comparison between the United States, Europe and Canada. Chapter 3 Patenting AnGR: Impact on Ownership Traditions in Agriculture. Chapter 4 Patenting AnGR: Issues of Animal Welfare. Chapter 5 AnGR, Intellectual Property and Biodiversity: The Positive Angle. Chapter 6 Patenting AnGR Animal Genetic Resources and International Regulation. Concluding Remarks. Glossary. Bibliography. Table of Cases. Table of Legislation. Index.
Volumes
Related Products