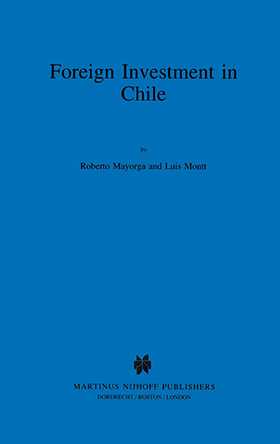 In December 1994, Chile was formally invited by the United States, Canada and Mexico to join the NAFTA. Negotiations leading to Chile's participation in the NAFTA are expected to begin in the near future. This development will clearly yield many benefits for Chile. First and foremost, this development, acting in concert with the political and economic stability of Chile, will serve as an impetus for more companies, particularly those of American origin, to invest in Chile. This book analyzes the national legal norms of Chile, offering a very useful perspective on the legal regulations of each sector of the economy in general, and on foreign investment in particular.