Loading...
Store International Food Safety and the WTO: The Interplay of Culture, Science and Technology 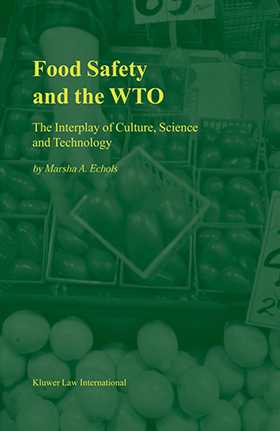 Food Safety and the WTO: The Interplay of Culture, Science and Technology

By Marsha A. Echols
Format
Hardbound

Qty.
Add to Cart
For general delivery times, please see our Shipping Policy
Share
Overview
Today's international trade regime explicitly rejects cultural perceptions of what is safe to eat, overturning millennia of tradition. The World Trade Organization (WTO) Agreement on the Application of Sanitary and Phytosanitary Measures (SPS) enshrines "science" as the arbiter in resolving disputes involving this vital human need. This mandate, however, is under attack from many quarters.

Critics cite environmental and ethical concerns, unpredictably changing technology, taste, food preferences, local culture, adequacy of governmental implementation of WTO standards, and the reliability of scientific opinion. A basic conflict has crystallized: food as culture versus food as commerce. The WTO/SPS approach is increasingly challenged for its balance in favor of economic considerations, and for its visible undermining of unique cultural identities.

This important book explores the relationship between the SPS Agreement, food traditions, science, and technology. It deliberately confronts those trade experts who refuse to allow other social sciences to influence their economics-based trade theory. The author ably investigates the local perception of food and food safety from the anthropological and historical points of view, the evolution of food production technologies, and the medicinal, proscriptive (taboo) and security aspects of food that continue to prevail in nearly all cultures today.

She succeeds in demonstrating that, no matter how strong the faith in science and economics, it is unwise to flagrantly dismiss the deeply rooted beliefs of billions of people, a huge majority of the world's population.

The Beef Hormones case; the remaining sovereignty related to food safety measures; the increasing significance of "appropriate levels of protection" and "the precautionary principle"; the redefinition of "food hazard" to include production processes as well as food itself; genetically modified seeds and food products; the concept of "risk" in the science-based context of the Codex Alimentarius - these are among the issues and topics covered in depth.