Loading...
Store International Extinctive Perscription/ On The Limitations Of Actions 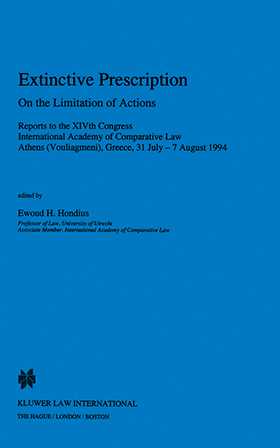 Extinctive Perscription/ On The Limitations Of Actions

Qty.
Add to Cart
* For general delivery times, please see our Shipping Policy
Share
Overview
Extinctive Prescription / On the Limitation of Actions contains sixteen national reports and the general report on the subject, written for the XIVth Congress of the International Academy of Comparative Law, held from 31 July-August, 1994, in Athens, Greece.
Table of Contents
Volumes
Related Products