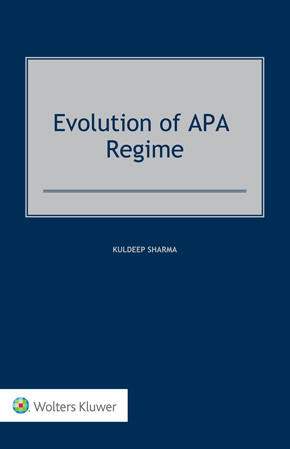 Evolution of APA Regime, the pioneering book exclusively dedicated to the global advance pricing agreements or arrangements (APA) regime, furnishes a thorough, detailed discussion of the APA concepts and procedures in twenty-five jurisdictions across Europe, Asia, Asia Pacific, North America, South America and Africa, noting the particular genesis, features, and progress made under each programme. APAs, designed as a dispute prevention mechanism for transfer pricing related issues, impart certainty to taxpayers on taxation of cross-border transactions. Since the APA procedure was introduced by tax authorities in the late 1980s, it has progressively taken hold worldwide and evolved along several facets with key characteristics.

The analysis covers the following elements:

An extended case study of India’s APA programme also forms a part of this book and highlights a few of its conspicuous elements with equal focus on certain special characteristics of APAs in Australia, Canada, France, Germany, Ireland, Korea, The Netherlands, Poland, UK and the United States. Factors influencing speedier processing and suggestions on further improvement of APA programmes are also included. Numerous tables and figures illustrate all dimensions of APAs.

The opening up of more economies and the global implementation of the OECD/G20 BEPS Action Reports in an endeavour to battle BEPS promises an expansion in the access and recourse to APAs. This exceptional book will enable tax administrations to learn from each other’s experiences and help to prevent costly and time-consuming transfer pricing audits and litigation for multinational enterprises. It will be appreciated by revenue officials, professionals, and advisors concerned with international taxation, as well as by tax law academics.

Chapter 2      Utility and Limitation of APAs

Chapter 3      APA Programme Across the Globe