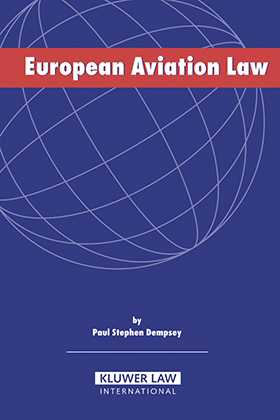 Once a byword for the economic power of national government - with competition strictly regulated - European commercial aviation has now virtually become a market without state-imposed anticompetitive restrictions. Although intended to enhance competition, this situation has in fact driven airlines to form massive global alliances cartels that offer ever-shrinking benefits to the consumer.

In this extraordinarily thorough, blow-by-blow analysis of how this happened ¿ or was allowed to happen ¿ one of the world¿s most eminent aviation law authorities explores the subject with a lucid insight fully informed by historical breadth and a keen appreciation of current pressures. Commercial aviation emerges as the crucible par excellence of the convergence of prevailing global ideology, economics, and international law.

Among the numerous interrelated topics investigated in depth by Professor Dempsey, the following may be mentioned: