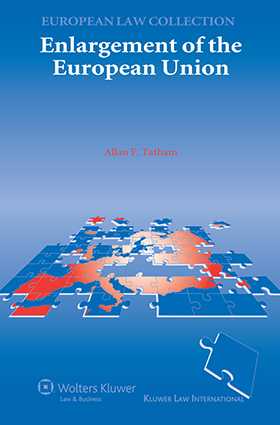 Enlargement of the European Union

The development of EU enlargement has raised many thorny issues unanticipated by the framers of the EC Treaty. A significant upshot of these issues is that the concept of European identity – defined in terms of such factors as culture, history and economics – has supplanted the long-dominant theme of ‘widening and deepening,’ particularly since the Union’s expansion has become primarily eastward.

The major contribution of this important book lies in its analysis of the conceptualization and perception of enlargement from various points of view, focusing on the concerns of stakeholders and the ‘identity’ conflicts and uncertainties incurred by enlargement initiatives. In the course of its presentation, it details the actual pre-accession Europeanization process and its complex history. Among the key elements discussed are the following:

Also covered are specific historical details of particular pre-accession negotiations (e.g., Greece, Spain, Portugal, Malta, and Cyprus), the still inconclusive negotiations with Turkey and the Western Balkan states, and political factors involved in the non-accession of Norway, Iceland and Switzerland. Assembling powerful evidence and applying incisive analysis, the author’s conclusion shows that, absent further (and major) EU institutional reform, it will be difficult for an enlarging Union to continue to ‘deliver the goods.’

A watershed in the continuing great debate on the fulfilment of the EC Treaty’s determination to foster and promote ‘an ever closer union of the peoples of Europe,’ this book will prove invaluable to anybody interested in the European integration project, particularly lawyers, academics, officials and policymakers in the EU Member States.