Loading...
We know your business is rapidly adapting to the global COVID-19 outbreak. If you need assistance with your Wolters Kluwer products or would like to get more information on a complimentary Guest Pass to any of our online products, please contact your representative. To help you stay informed and navigate the changes, Wolters Kluwer is providing free insights and resources. View Resources here >> Close
Store International / NEW RELEASES Economic Analysis of the Arbitrator’s Function
Coming Soon 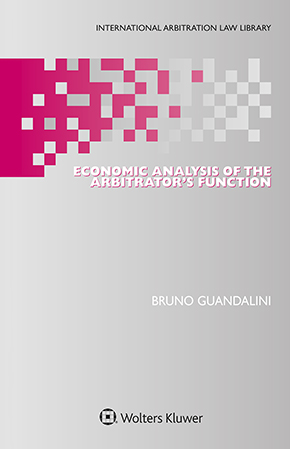 Economic Analysis of the Arbitrator’s Function

Economic Analysis of the Arbitrator’s Function

Arbitration has become an important market, where arbitrators are rational economic agents maximizing their utility. Although this is self-evident, it is rarely discussed. This penetrating book is the first to comprehensively analyze the market for arbitrators and arbitrators’ economic role within it.

In great depth, the author tackles such salient issues as the following:

Numerous references to customs and procedures in major arbitral jurisdictions and to international laws and conventions affecting the efficiency of the arbitrator’s function are included. Pursuing a non-prescriptive analysis, the author draws on the discipline of law and economics, rational choice theory, behavioral economics, and psychological work on bounded rationality.

Understanding the arbitrator’s function as a legal institution that is influenced by the market, this pioneer in developing and systematizing the study of the market for arbitrators and how it works will prove of inestimable value to all stakeholders in the arbitration market. Arbitrators, policymakers, regulators, and academics will be enabled to open the way to a more efficient market for arbitrators and betterment in arbitration worldwide.

Part I. The Market for Arbitrators

Chapter 1. The Market for Arbitrator’s Formation and its Critics

Chapter 2. Identifying the Market for Arbitrators

Chapter 3. The Impossibility of Verifying Equilibrium in the Market for Arbitrators

Chapter 4. The Imperfections of the Market for Arbitrators

Chapter 7. The Limitation of the Rationality of Arbitrators

Chapter 8. Freeing the Arbitrator from Limited Rationality: Some Proposed Solutions