Loading...
We know your business is rapidly adapting to the global COVID-19 outbreak. If you need assistance with your Wolters Kluwer products or would like to get more information on a complimentary Guest Pass to any of our online products, please contact your representative. To help you stay informed and navigate the changes, Wolters Kluwer is providing free insights and resources. View Resources here >> Close
Store International Concise European Trade Mark and Design Law, Second Edition 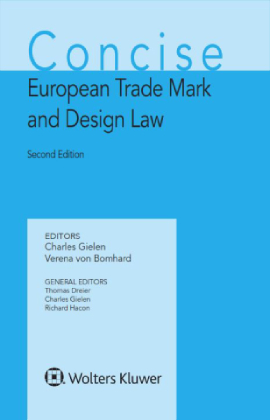 Concise European Trade Mark and Design Law aims to offer a rapid understanding of the provisions of trademark and design law in force in the European Union (EU). In an increasingly globalized and diversified marketplace, the importance of brands and their effective legal protection across country borders and regions is ever growing. In the past twenty years, trademarks and designs have become truly European. The expansion of the EU, from fifteen Member States in 1996 to twenty-eight at present, has triggered further discussion of pan-European trademark and design protection, its requirements and limitations, and even twenty years of case law of the Court of Justice of the EU have left – or in fact opened – many questions on the interpretation of the law. This book, one of the series of volumes of commentaries on European intellectual property legislation, provides information on the judgments of the relevant case law of the EU and also incorporates new case law since the publication of its first edition.

This book presents topics on important legislations such as:

This book takes the form of an article-by-article commentary on the relevant regulations and other legal instruments. In order to keep the commentaries clear, they are in a form that is as brief as the subject matter allows, and the citations presented include only the relevant point of law. The editors and authors are prominent specialists (academics and practitioners) in European and international trademark and design law.

As a short and straightforward explanation of the principles of law drawn from each legislation, this book enables the reader to gain a rapid appreciation of the meaning and effect of the provision of law of interest and thereafter and be in a position to look in the right direction for further information needed. The case laws covered in this volume prove to be of great practical value to lawyers, practitioners and academicians, who are involved in enacting laws, for future references.

Concise European Trade Mark and Design Law is one of a series of volumes of commentaries on European intellectual property legislation edited by Thomas Dreier, Charles Gielen and Richard Hacon, based on the respected German and Dutch series ‘Kurzkommentar’ and ‘Tekst en Commentaar’.

About The Experts
Verena von Bomhard
Founder and Partner 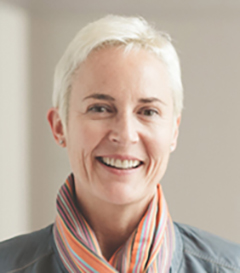 Verena has been involved with EU trademarks from the very beginning, having founded her former firm's office in Alicante in early 1996. Learn more about her expertise here!
Volumes
Related Products