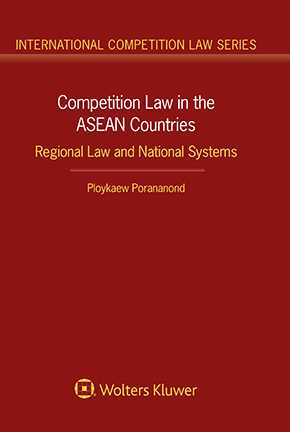 Competition Law in the ASEAN Countries, the first detailed analysis of competition law in the ASEAN (Association of Southeast Asian Nations) countries, looks at the prospects of implementation of the regional competition law and compares the existing systems in each Member State. Amongst other regional organisations, the ASEAN stands out for the diversity of its ten Member States, stemming from their respective economic and political heritage, governance systems, legal institutions, stages of economic development, and exposure to or reliance on foreign trade and investments. As of 2017, however, the regional bloc has formalised its focus on economic integration and development of regional competition law. Challenging this vision are the States’ very different national competition law systems, ongoing problems with governmental intervention in the economy, and lack of effective and efficient corruption-free regulatory and juridical infrastructure.

Opening with a thorough description of the composition and organisation of the ASEAN, the analysis proceeds to an in-depth evaluation of such aspects as the following:

There is detailed reference throughout to case law, legislation, institutional announcements, relevant treaties, and literature on both the ASEAN and competition law.

CHAPTER 2
The Regionalisations of Competition Law

By enrolling a product in our Standing Order Program, you will automatically receive new editions of and other updates to the product as they become available on a risk-free, 30 day trial basis. Updates are invoiced at the then-current price, along with applicable sales tax and *shipping & handling charges. You have the right to return any update within 30 days of receipt. If you decide to keep the update after the 30 day review period ends, you are responsible for paying the invoice in full. The frequency of Standing Order shipments vary by title based on regulatory developments and publishing schedule. You are never obligated to purchase a minimum number of updates in order to take advantage of our Standing Order program. If you decide, for any reason, that you are no longer interested in the Standing Order program, or you did not intend to enroll, you may cancel any time by calling Customer Service at 800-234-1660 or emailing [email protected]luwer.com.