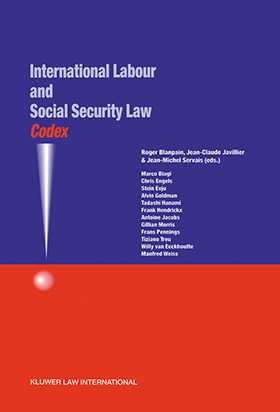 Qty.
Add to Cart
* For general delivery times, please see our Shipping Policy
Share
Overview
Inevitably, numerous international regulations and conventions pertaining to labour and social security have followed in the wake of the onrush of economic globalisation, greatly augmenting the considerable legal regime developed by the International Labour Organisation (ILO) and the United Nations (UN) during the mid and late twentieth century. It is clearly time to codify this now vast body of law.

This groundbreaking book presents as complete and up-to-date a codification as possible of international labour and social security law, with texts of the most important documents and direct reference to print and online sources of all relevant conventions, regulations, recommendations, agreements, declarations and guidelines. The codification encompasses all pertinent promulgations of the UN, the ILO, the North American Free Trade Association (NAFTA), and the Organisation for Economic Cooperation and Development (OECD).

Among the texts reprinted in full are the following: