Loading...
Store International China and the World Trade Organization: A Long March towards the Rule of Law 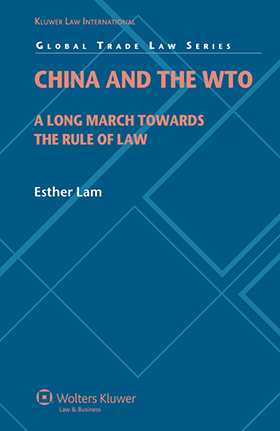 China and the World Trade Organization: A Long March towards the Rule of Law

Joining the World Trade Organization (WTO) enables China to reform its legal order and to move towards a system incorporating major principles of the rule of law. The WTO also serves as an external impetus that guides contemporary Chinese legal reform and orients it in ways that domestic forces alone could not achieve and sustain.

This timely work exposes many behind-the-scene dealings and relies on valuable information that is not publicly available. Not only does it preserve for the historical record important details of the Chinese WTO accession, it also sheds light on the travaux préparatoires of China’s accession agreement and the negotiation history of important issues, some of which remain relevant and highly contentious today.

As expressed by WTO Director-General Pascal Lamy in his foreword to the book, ‘through this work, Esther Lam succeeds in demonstrating how WTO membership can benefit both the acceding country and the wider WTO family of nations.’