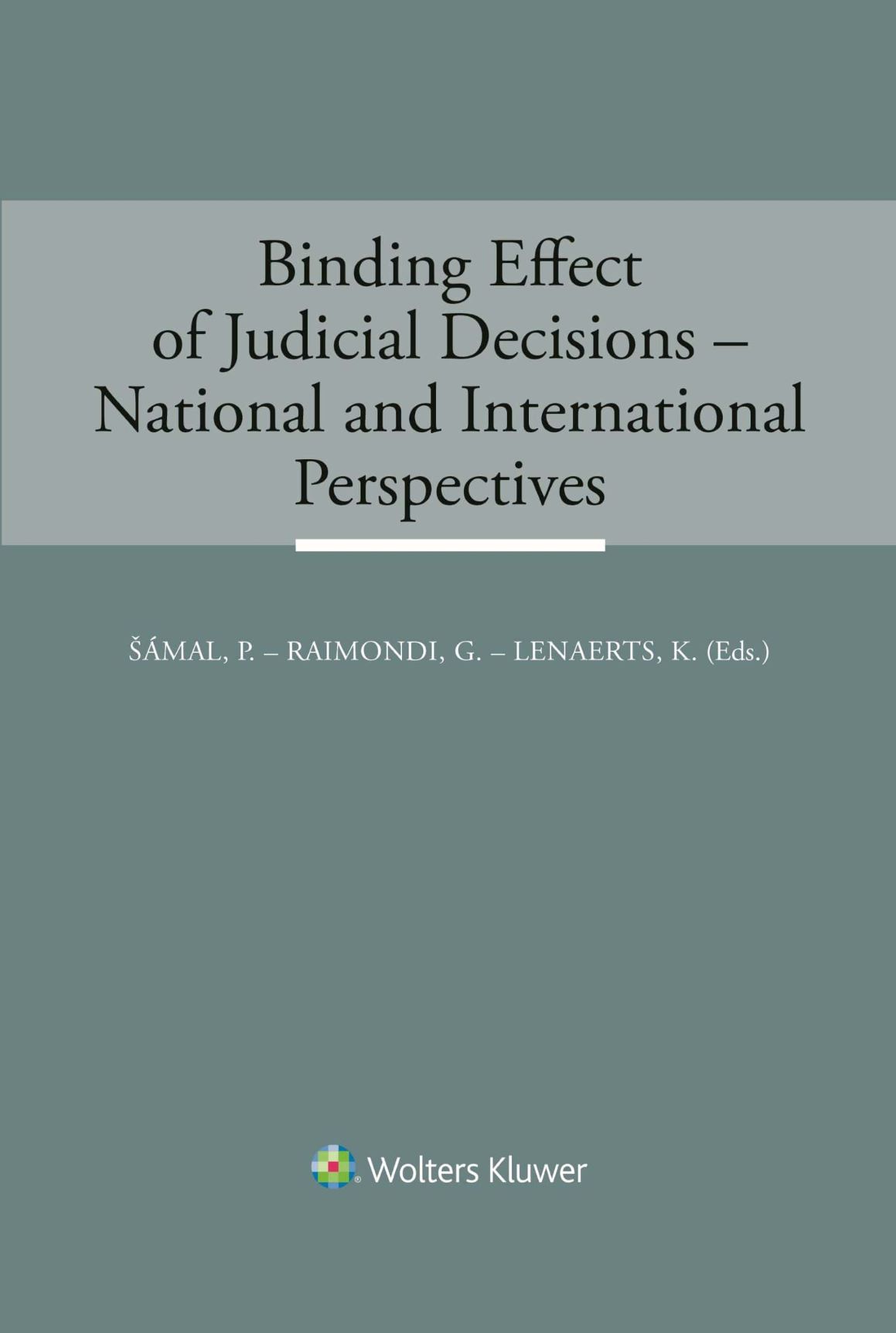 The book Binding Effect of Judicial Decisions – National and International Perspectives brings together a unique collective of authors, joining the forces of practitioners, court presidents, national and international scholars and academics. This allows the authors to explore the question of the binding effect from various perspectives and compare timeless and exclusive in-depth experience and knowledge of individual European judicial systems, prompting the discussion on the relationship between national apex courts and the judicial compliance with the case law of the European Court of Human Rights and of the EU Court of Justice. The results can inform scholarship and practice about the impact and effectiveness of international courts and their authority, as well as about the role and power of national courts to foster the compliance and implementation of international courts’ case law.

The book strives to answer many questions faced nowadays by European continental system, in particular due to the influence of the ECtHR’s and CJEU’s case law. Part One Theoretical Approaches to the Binding Effect of Judicial Decisions of the publication focuses on the difference between the understanding of the concept of the binding effect of decisions in continental and common law and the position of the case law among other legal sources. Part Two, Binding Effect of Judicial Decisions in a Multilevel System, is devoted to the interaction of European judicial institutions: the ECtHR and the CJEU, and national courts, examines the concept of binding effect on the national level and the subsequent life of the case law of the ECtHR and the CJEU in its application by national courts across European jurisdictions.

Part I: Theoretical Approaches to the Binding Effect of Judicial Decisions

II.A. The Concept of Binding Effect and Case Law of the ECtHR

II.B. The Concept of the Binding Effect and Enforcement through the Prism of the Luxembourg EU Court of Justice