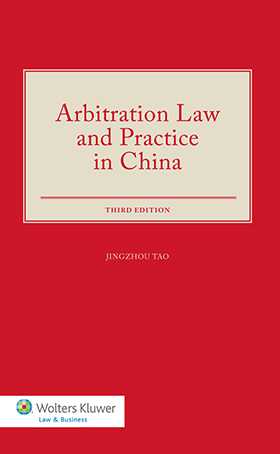 Qty.
Add to Cart
* For general delivery times, please see our Shipping Policy
Share
Overview
The new rules of the China International Economic and Trade Arbitration Commission (CIETAC) that came into effect on 1 May 2012 are widely recognized as the full commitment of the Chinese government to the international arbitration system. Clarifications of the scope of the Arbitration Law to include contractual disputes, disputes over rights and interests in property, and disputes between legal persons and other organizations, as well as the firm establishment of the arbitration agreement as the sole and exclusive basis for founding the jurisdiction of an arbitral tribunal, greatly allay any residual apprehension on the part of foreign investors. This third edition of a book that has been widely relied upon since 2003 by business people and their counsel with interests in China is the first publication to offer comprehensive and authoritative coverage of the CIETAC Rules 2012. In addition to the matchless features for which earlier editions are so greatly valued – such as in-depth coverage of enforcement of foreign judgements in China and of Chinese judgements elsewhere, measures to overcome local protectionism, effects of China’s most important bilateral investment treaties (BITs), and arbitration-related interpretations of the Supreme People’s Court – the new edition highlights such aspects of the CIETAC Rules 2012 as the following: With first-hand expert guidance on the actual handling of arbitration cases, recommended arbitration agreement clauses for numerous contingencies, case studies and comparative cases to elucidate the handling of specific issues, abundant legal instruments for quick, direct reference to the relevant law, and an annex with English texts of the most important laws and regulations, this book offers all the details and insights a practitioner needs. While Arbitration Law and Practice in China is primarily a detailed, practical examination of Chinese arbitration practice and related laws, the Third Edition’s special significance lies in its thorough and timely coverage of the CIETAC Rules 2012. For this reason especially it will be of great practical value to business people everywhere operating or seeking opportunities to partner with Chinese enterprises. It will also be useful to corporate counsel, arbitration institutions, and students of dispute resolution.
Table of Contents

Chapter 1. History of Arbitration in China.

Table of Laws and Regulations.