Loading...
We know your business is rapidly adapting to the global COVID-19 outbreak. If you need assistance with your Wolters Kluwer products or would like to get more information on a complimentary Guest Pass to any of our online products, please contact your representative. To help you stay informed and navigate the changes, Wolters Kluwer is providing free insights and resources. View Resources here >> Close
Store International Arbitration in Malaysia: A Commentary on the Malaysian Arbitration Act 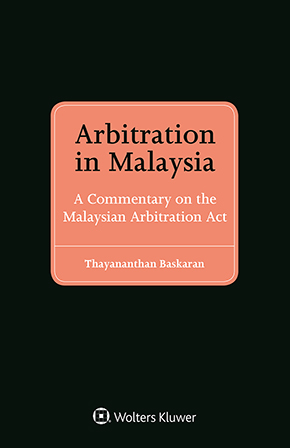 Arbitration in Malaysia: A Commentary on the Malaysian Arbitration Act

Arbitration in Malaysia is a commentary on the Malaysian Arbitration Act 2005. The commentary follows the Act section by section. In sequential order, it provides the text of a section of the Act, followed by an explanation of the purpose of the section. The commentary then traces the origin of each section of the Act to the Model Law or the statute it is based on, as well as the history of the Model Law or statute. This is followed by an explanation of provisions of each section in terms of their application and effect.

The commentary is primarily based on the interpretation of the Arbitration Act 2005 by the courts of Malaysia in the decade since it has been in force. Where a particular provision of the Act has yet to be interpreted by the courts, reliance is placed on reports of UNCITRAL, commentaries on the Model Law and statutes in other Model Law jurisdictions and the rules of statutory interpretation.

Kuala Lumpur is developing into a regional hub for arbitration. The International Centre for Settlement of Investment Disputes has selected Kuala Lumpur as an alternative venue and the Permanent Court of Arbitration has opened offices there. This book, intended to serve as the primary source of reference for international arbitrations seated in Kuala Lumpur, provides section-by-section commentary in a sequential, in-depth analysis of the Malaysian Arbitration Act 2005, explaining each section’s purpose, legal source, application and effect.

The text and commentary offer comprehensive details on issues arising in the course of arbitration in Malaysia, including the following:

This definitive guide to the law of arbitration in Malaysia will prove to be of immeasurable value in approaching any arbitration with a seat in Malaysia. In addition to such practical use, it will be relevant for arbitrators, in-house counsel, law firms, companies involved in transnational business, academics and international arbitration centres.

CHAPTER 4
Jurisdiction of the Arbitral Tribunal

CHAPTER 6
Making of Award and Termination of Proceedings

CHAPTER 8
Recognition and Enforcement of Awards

"This book is outstanding, and I would recommend it to all in the arbitration community."

"Given Malaysia’s status as a Model Law jurisdiction, the commentary is a very useful contribution to cross jurisdictional and comparative study of the application of the Model Law in practice. The same comment applies to its treatment of the recognition and enforcement of awards under the New York Convention....This book is both a valuable addition to the existing corpus of leading works on arbitration law and practice in Malaysia and an essential reference tool for arbitrators and practitioners alike."

"The book’s utility to judges, arbitrators, counsel and students is greatly enhanced by an easy-to-read style. Thaya masterfully navigates a reader through provisions of the MAA explaining their history and contemporary application. For the sake of completeness and when the context so requires Thaya analyses provisions of the UNCITRAL Model Law. This adds a comparativist flavour to the book and makes it verily international. The commentary is comprehensive and considers virtually every leading Malaysian precedent available to the author at the time."