Loading...
Store International A Review Of Forty Years Of Community Law: Legal Developments in the European Communities and the European Union 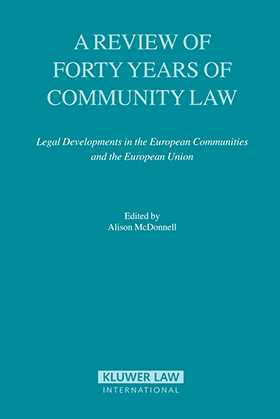 A Review Of Forty Years Of Community Law: Legal Developments in the European Communities and the European Union

In this important book eighteen of Europe's most respected jurists and legal scholars look at long-term developments in Community and Union law with a view to shedding light on the current situation and pointing out lessons for the future. They consider major Community law themes as they have developed over the past four decades in institutional and substantive contexts, as well as in such newer areas of development as external relations, economic and monetary union, and the Third Pillar.

Starting from the absolute centrality of the Common Market to the European Community enterprise, the authors provide many reminders of how the current situation evolved. Their detailed root analyses of past experiences explore origins, patterns, and implications from the initial concept of market access, through laws relating to individual rights, to such complexities as the 'bottom-up' emergence of constitutional principles. They show that, whether we will in fact soon see a European constitution or not, there is little doubt today that EC law is undergoing what may be best understood as a process of constitutionalization.

Seventeen insightful essays give deeper meaning to many events, principles, and issues which have had far-reaching implications for European integration, including the following:

About the authors. List of abbreviations. Foreword. 1. Introduction; A. McDonnell. 2. The early years of the Common Market Law Review; H.G. Schermers. 3. The evolution of the European legal order; F.G. Jacobs. Part I. Constitutional Order. 4. The relationship between the Member States and the European Community/European Union; A. Dashwood. 5. The principle of institutional balance; J.-P. Jacqué. 6. In the Union we trust¿: Trust-enhancing principles of Community law; K. Lenaerts. 7. The EU and the individual: Fundamental rights in the Draft Constitutional Treaty; J. Dutheil de la Rochère. 8. The European Union's judicial system; C. Timmermans. Part II. The Common Market. 9. The internal market and the four freedoms; P. Oliver, W.-H. Roth. 10. A view from the mountain: 40 years of developments in EC competition law; P.J. Slot. 11. Re(de)fining the notion of State aid in Article 87(1) of the EC Treaty; J.A.Winter. 12. Harmonization of private law: Do we need it? W. van Gerven. 13. Equality of treatment, non-discrimination and social policy: Achievements in three themes; S. Prechal. Part III. External and other aspects. 14. The Union as a global actor: Roles, models and identity; M. Cremona. 15. The Economic and Monetary Union: Law and institutions; J.-V. Louis. 16. The evolution of the Third Pillar from Maastricht to the European constitution: Institutional aspects; P. J. Kuijper. 17. Concluding speech; P. J.G. Kapteyn. Index of case law. Index of subjects. 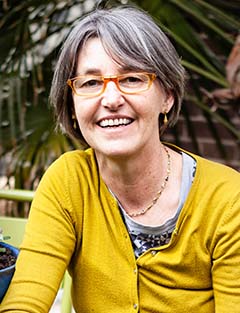