After complaining about her supervisor’s offensive comments and unwanted pressure to attend a "self-help" training workshop, the scientist alleged that her career was sabotaged.

A Muslim, Turkish American woman who was terminated from her position as a scientist for an agency of the U.S. Department of Health and Human Services (HHS) sufficiently stated claims for, among other things, sex discrimination and retaliation under Title VII, a federal court in Maryland ruled, denying in part the agency’s motion to dismiss. Although the employee identified statements that could support an inference of religious animus, the court concluded that she failed to sufficiently allege that her termination was motivated by such views and granted the agency’s motion to dismiss as to the religious discrimination claim (Rosinbum v. Azar, November 6, 2020, Chuang, T.).

Offensive comments and conduct. From 2009 until her departure in 2016, the employee worked as a staff fellow for the Food and Drug Administration (FDA), a component agency of HHS. Throughout her tenure at the FDA, the employee alleged that her supervisor made numerous inappropriate sexual comments. In addition, the supervisor sometimes made remarks about the employee, including on one occasion allegedly commenting, while staring at the employee’s breasts, that she had a nice "pair" or "set." The supervisor also commented on the employee’s Muslim religion. Furthermore, the employee alleged that she experienced a pattern of inappropriate physical touching by her supervisor, including repeatedly brushing up against her body in the laboratory workspace.

Pressure and isolation. During performance review meetings and on other occasions, the supervisor repeatedly pressured the employee to attend a self-help training workshop. Apprehensive about traveling with her supervisor and believing that the session was not work-related, the employee refused to attend the course, at which point the supervisor accused the employee of not getting along with others and his attitude toward her worsened significantly. The employee alleged that the supervisor began isolating her, ceasing communication with her, and withholding supervision and guidance relating to her scientific research. Her supervisor allegedly said he would only help her prepare for a work presentation if she agreed to attend the course. In reaction to this and all the past inappropriate encounters she experienced; the employee made a complaint regarding her supervisor’s conduct. Despite the employee’s complaint, her supervisor continued to pressure her to attend a session of the self-help course. To avoid jeopardizing her career, the employee finally agreed to attend, and in doing so, had to use annual leave and spend hundreds of dollars of her own money to take the training.

Termination. Following a series of reassignments, inaccurate criticisms of her work, and failure to include her research activities in an annual report, the employee was informed that her expiring staff fellow position would not be converted to a full-time staff scientist position. The employee heard from two different employees that the decision was made because of her reporting the supervisor’s sexual harassment.

HWE claim. A federal employee seeking to assert a discrimination claim must contact an EEO counselor within 45 days of the alleged wrongdoing. Although the employee contacted an EEO counselor within 45 days of the notice declining to convert her to a permanent staff scientist, the agency argued that the hostile work environment claim was time-barred because it did not arise within the 45-day period. Specifically, HHS asserted that the two incidents that fell within the 45-day timeframe, the employee’s last performance review and the notice declining to convert her fellowship into a permanent staff position, could not count because they were not part of the alleged hostile work environment.

Not time-barred. However, the court concluded that the allegations in the complaint could be construed as asserting a plausible claim of a hostile work environment spanning the time period from 2009 to 2016. The employee alleged at least 10 different occasions when her supervisor made inappropriate comments. She also described efforts by her supervisor, on several occasions, to convince her to engage in an inappropriate relationship, and several times when he engaged in unwanted contact. The court determined that the allegations supported a plausible conclusion that the two final incidents were the culmination of a continuing series of acts of harassment with the type of conduct that was sufficiently severe to alter the conditions of employment. The employee’s allegations showed a connection between the later events and the broader hostile work environment. Consequently, the court rejected HHS’s claim that the hostile work environment was time-barred.

First-line supervisor. Likewise, the court disagreed with HHS’s contention that the supervisor’s actions could not be attributable to the agency such that there was a basis to impose liability. Employers are liable for such an environment created by a supervisor. Here, the employee’s supervisor engaged in the allegedly sexually inappropriate conduct and other harassing acts. The court concluded that the employee alleged sufficient facts to impute liability to HHS for the alleged hostile work environment.

Sex discrimination. HHS argued that the employee’s sex discrimination claim failed because she could not show that she had satisfactory job performance at the time of her termination. However, the employee alleged that a separate committee of outside scientists and academics reviewed her performance and recommended that she be converted to a permanent staff position, only a few months before her termination. The court concluded that that allegation was enough to meet the required element of satisfactory job performance and defeat dismissal. Moreover, at the motion-to-dismiss stage, where the employee has alleged that she was sexually harassed, she has alleged facts supporting a plausible claim of sex discrimination.

Retaliation. HHS argued that the employee failed to plead sufficient facts to support a causal link between the protected activity of reporting the supervisor’s conduct and her eventual termination. Although the employee’s termination did not occur until two years after the complaint was made, the court reasoned that it took place at the end of her fellowship, arguably the first opportunity for removal. In the interim, the employee alleged she endured additional harassment. Most importantly, the court concluded, the employee alleged that she heard statements that the decision to terminate her was based on her reporting of the supervisor’s conduct. The court found that the employee sufficiently alleged causation between the protected activity and her termination as required to support a Title VII retaliation claim. 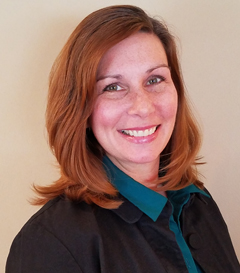 Posting of Workers in EU Law: Challenges of Equality, Solidarity and Fair Competition
By Matteo Bottero
$128.00

AIDS and the Law, Sixth Edition
By Scott Skinner-Thompson
$632.00