The proposed amendments and guidance would reduce the security-based swap transactions that non-U.S. persons must count toward a triggering threshold for various regulations.

The SEC has proposed rule amendments and interpretive guidance to adjust the regulatory framework for cross-border security-based swaps transactions and market participants. The proposals would create exceptions for certain transactions from being counted toward the de minimis threshold for registration, business conduct, and reporting requirements; limit the requirement for non-resident entities to provide opinion of counsel letters regarding books and records access; and harmonize SEC rules with the CFTC’s approach to the statutory disqualification of non-domestic associated persons of CFTC-registered swap entities (Proposed Rule Amendments and Guidance Addressing Cross-Border Application of Certain Security-Based Swap Requirements, Release No. 34-85823, May 10, 2019).

“These proposals preserve important investor and market protections, while at the same time addressing several of the practical implementation challenges that have been identified,” said SEC Chairman Jay Clayton.

The SEC has proposed interpretive guidance regarding the definition of “arranged” or “negotiated” in the context of what transactions count toward the threshold for non-U.S. persons. Title VII requirements would not be triggered merely because U.S. personnel provide “market color”; i.e., certain background information regarding pricing and market conditions and trends, as long as those U.S. personnel do not receive transaction-based compensation or exercise client responsibility in connection with those transactions.

Also, the SEC is requesting comment on two proposed alternative exceptions from the requirement in Exchange Act Rule 3a71-3(b)(1)(iii)(C) to count transactions toward the de minimis threshold:

Under either alternative, the non-U.S. person and the affiliated registered entity would have to comply with certain conditions related to business conduct, trade acknowledgments, portfolio reconciliation, disclosure, records, and financial responsibility.

Opinion of counsel letters. Under Exchange Act Rule 15Fb2-4(c)(1), nonresident SBS Entities must certify and provide an opinion of counsel that the Commission can access their books and records and conduct onsite inspections and examinations.

According to firms, this requirement can conflict with various foreign blocking laws, privacy laws, secrecy laws, and other legal requirements. In response, the SEC has proposed guidance to limit the requirement for nonresident SBS Entities to obtain certification and opinion of counsel, and to narrow what the opinion must address. Proposed rule amendments would also provide additional time for nonresident SBS entities to submit certifications and opinions of counsel, allowing for conditional registration of up to 24 months before being required to submit such certification and opinion of counsel.

As detailed in the release, the SEC has proposed to amend Rule of Practice 194 to more closely harmonize the Commission’s rules with the CFTC’s approach to the statutory disqualification of non-domestic associated persons of CFTC registered swap entities.

Employee questionnaires. Previously proposed Exchange Act Rule 18a-5 would establish recordkeeping standards for stand-alone and bank SBS Entities, which would require each SBS Entity to make and keep current a questionnaire or application for employment for each associated person who is a natural person.

Next steps. The Commission will seek public comment on the proposed rule amendments and interpretive guidance for 60 days following publication of the proposing release in the Federal Register. 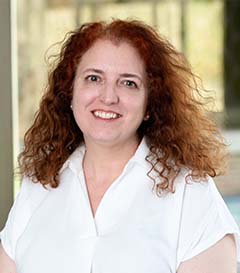