In what it calls "the most important securities case" since Halliburton II, Goldman Sachs argues that defendants should be permitted to rebut the Basic presumption of reliance by pointing to evidence that may also be relevant to the question of materiality.

Goldman Sachs Group has asked the Supreme Court to reverse a decision of a divided Second Circuit panel that upheld class certification in a suit alleging that the firm had falsely claimed to remain conflict-free despite participating in a conflicted collateralized debt obligation (CDO). In its petition for certiorari, Goldman Sachs argued that it should be permitted to rebut the presumption of classwide reliance set forth in Basic Inc. v. Levinson by pointing to the generic nature of the alleged misstatements, even though that evidence may also be relevant to the substantive element of materiality (Goldman Sachs Group, Inc. v. Arkansas Teacher Retirement System , August 21, 2020).

Shareholders had brought a securities fraud suit against Goldman Sachs and three former executives, alleging that the defendants had engaged in securities fraud by, among other things, falsely representing that it put the interests of its clients first despite having undisclosed conflicts of interests. In particular, the complaint had pointed to a 2007 CDO of subprime mortgages in which Goldman Sachs had allowed a hedge fund to select part of the portfolio while the hedge fund shorted or bet against that same portfolio. Seeking $13 billion in damages, the shareholders claimed that a subsequent SEC enforcement action over the conflicts in the CDO constituted a corrective disclosure that resulted in a steep decline in Goldman Sachs’ stock price. Under the shareholders’ "inflation-maintenance" theory, Goldman Sachs attempted to maintain an elevated stock price by means of Goldman’s misstatements about its "conflict free" reputation.

The federal district court in Manhattan certified the class, concluding that the Basic presumption applied because there was no real dispute that the market for Goldman's stock was efficient and because the plaintiffs’ demonstrated an obvious link between the release of information revealing the misstatements to the market and the drop in stock price. On appeal, however, the Second Circuit reversed, deciding that the district court had not properly applied the preponderance-of-the-evidence standard under the Supreme Court’s 2014 opinion in Halliburton Co. v. Erica P. John Fund, Inc. (Halliburton II).

On remand, the district court again certified the class, and this time a divided panel of the Second Circuit affirmed. The appeals court rejected the petitioners’ effort to rebut the Basic presumption by pointing to the generic and aspirational nature of the alleged misstatements in attempting to show that the statements had no impact on the price of the security. In the view of the majority, a contrary rule would permit a defendant to smuggle materiality into a Rule 23 price-impact inquiry at the class-certification stage. The petitioners’ request for rehearing or rehearing en banc was then denied. The denial of Goldman Sachs' rehearing bid came over a dissent by Judge Sullivan and objections from financial industry trade groups, who argued that upholding the certification of the class could have the effect of making such certifications nearly automatic in future cases automatic.

Evidence to rebut the Basic presumption. In its petition for certiorari, Goldman Sachs contends that the Second Circuit’s decision below effectively strips defendants of any ability to rebut the Basic presumption in class actions premised on the inflation-maintenance theory. In this view, plaintiffs seeking class certification need only identify a drop in a company’s stock price following the disclosure of the alleged misconduct, then assert that the stock price had been improperly maintained by boilerplate aspirational statements. This issue is one of "enormous" importance, in the petitioner’s view, given that securities class actions are routinely filed after declines in stock price and nearly all of them settle following class certification.

The petitioners argue that the Second Circuit’s decision conflicts with the Supreme Court’s decision in Halliburton II because it erroneously prevents a defendant from relying on the nature of the alleged misstatements to show the absence of an impact on the price of a security when seeking to rebut the Basic presumption at the class-certification stage. According to the petitioners, the Second Circuit’s characterization of an inquiry into the nature of the alleged misstatements as merely a "means for smuggling materiality into Rule 23" directly conflicts with Halliburton II’s mandate that evidence of price impact should not be "artificially limit[ed]" simply because that proof may also be highly relevant at the merits stage.

If the Second Circuit had considered evidence of the generic nature of the alleged misstatements when assessing price impact, the petition contends, it would have easily resolved the case in Goldman Sachs’ favor. According to Goldman Sachs, the alleged statements fall into the class of those routinely deemed "too general to cause a reasonable investor to rely upon them." 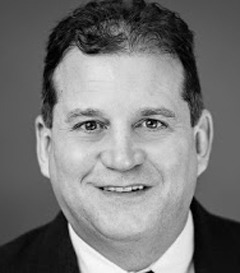