The Commission charged a former executive with FCPA violations for arranging bribes to Ghanian officials so that a client of his employer would win a government contract.

The SEC has charged a former financial services company executive with FCPA violations stemming from a bribery scheme in the Republic of Ghana. According to the Commission, the executive arranged for an intermediary to bribe Ghanian government officials so that a client of his employer would win a contract to build and operate a power plant. The executive hid from his employer not only the scheme, but also the fact that he was paid by the client for arranging the scheme. The Commission alleged violations of the FCPA's anti-bribery provisions and seeks an injunction, disgorgement, and penalties (SEC v. Berko, April 13, 2020).

Power plant project bribery. Asante Berko is a former executive of a United Kingdom-based financial services company that is a wholly-owned subsidiary of a publicly traded bank holding company based in the U.S. According to the Commission, in 2015 and 2016, Berko bribed various government officials in Ghana so that a Turkish energy company, which was a client of the subsidiary, would win a contract to build and run a power plant selling power to the Ghanian government. To that end, Berko allegedly had the energy company funnel approximately $2.5 million to a Ghana-based company used as an intermediary to bribe the officials. The payments were timed to coincide with key milestones in the power plant's approval process. In addition to this process, Berko personally paid over $66,000 to members of the Ghanian parliament and other officials.

The complaint posits that Berko benefitted from the scheme in two ways: the fees earned by his employer after its client secured the project would enhance his stature, and he was secretly paid $2 million by the energy company for successfully coordinating the scheme. Berko deliberately hid the scheme from his employer and its compliance personnel by using his personal email to arrange the bribes and by failing to correct a document falsely stating that no third parties or government officials had been compensated in connection with the project. The scheme was discovered in March 2016 after compliance personnel uncovered the involvement of the intermediary company after a review of Berko's work emails; an investigation followed. In March 2017, Berko resigned and took on a new role providing consulting services for the energy company.

FCPA violations. The complaint, filed in the Eastern District of New York, charges Berko with violations of the anti-bribery provisions of the FCPA. The Commission seeks a permanent injunction, disgorgement, and civil penalties. Charles Cain, Chief of the SEC Enforcement Division’s FCPA Unit said: "As alleged in our complaint, Berko orchestrated a scheme to bribe high-level Ghanaian officials in pursuit of firm business and his own enrichment. Berko’s misconduct was egregious and individual accountability remains a key component to our FCPA enforcement efforts." He added that "The firm’s compliance personnel took appropriate steps to prevent the firm from participating in the transaction and it is not being charged." 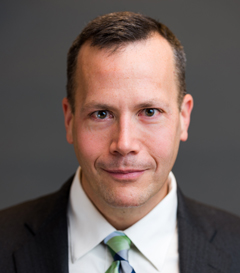 SEC action on climate disclosure by end of 2021