Loading...
We know your business is rapidly adapting to the global COVID-19 outbreak. If you need assistance with your Wolters Kluwer products or would like to get more information on a complimentary Guest Pass to any of our online products, please contact your representative. To help you stay informed and navigate the changes, Wolters Kluwer is providing free insights and resources. View Resources here >> Close
Securities Regulation Daily Company's bitcoin promoter solicitations were not securities sales
News

Investors can successfully prove that promoter solicitations caused them to buy fraudulent securities, including bitcoins, under the federal Securities and Exchange Acts but only if the investors show a direct connection between themselves, the promoters and the solicitations.

Florida's Southern District Court granted the defendant persons' motion to dismiss an investor complaint upon determining that the four persons' solicitations promoting a company's bitcoins to the plaintiff investors did not amount to security sales under Securities Act, Section 12(a)(1) or Exchange Act, Section 10(b)/Rule 10b-5. Two of the defendants, Mayweather and Khaled, were celebrities who tweeted and posted on social media about the bitcoins; another defendant, Sykes, was the company's website manager who solicited bitcoin interest on the website; and the last defendant, Stanley, the company's public relations director, answered online forum questions and posted the company's press releases on the website (Rensel v. Centra Tech, Inc., May 13, 2019, Scola, R.).

PREVIOUS ACTION—Mayweather's and Khaled's settled SEC charges. In 2018, boxer Floyd Mayweather Jr. and music producer Khaled settled SEC charges that they failed to disclose that they were paid to promote investments in initial coin offerings (ICOs). Both Mayweather and Khaled, known as DJ Khaled, failed to disclose that they had been paid to tout ICOs on social media. Between July 2017 and September 2017, Mayweather promoted three ICOs to over 42 million social media followers in exchange for approximately $300,000 from the three issuers. For example, Mayweather promoted an ICO conducted by Centra Tech, Inc., urging his Twitter followers to “Get yours before they sell out, I got mine.” In September 2017, DJ Khaled promoted a Centra Tech ICO (the same ICO as Mayweather) to his 16 million followers without disclosing that he had been paid $50,000 to do so. Khaled posted a picture of himself holding a Centra Blockchain debit card plus text including: “This is a Game changer here. Get your CTR tokens now!” (In the Matter of Floyd Mayweather Jr., Release No. 33-10578, November 29, 2018; In the Matter of Khaled Khaled, Release No. 33-10579, November 29, 2018).

To state a claim under Exchange Act, Section 10(b) and Rule 10b-5, the investors had to prove fraud by meeting the Private Securities Litigation Reform Act's (PSLRA) heightened pleading standard. The court concluded that the investors failed to meet the PSLRA standard particularly because they could not prove the element of reliance, i.e., that they relied on the promoters' various solicitations to buy the bitcoins. The court pointed to the same flaw in the investors 12(a)(1) claim, namely that there was no evidence showing that they actually saw the postings to prove their reliance on them. Moreover, said the court, the record showed that the investors actually bought some of the company's bitcoins before Mayweather or Khaled ever promoted them. And regarding Sykes and Stanley, the court stated that their respective bitcoin promotions on the company's website and answers to bitcoin questions on online forums were solicitations made to the general public and not to these investors specifically. Therefore, the plaintiffs could not argue their reliance on them. 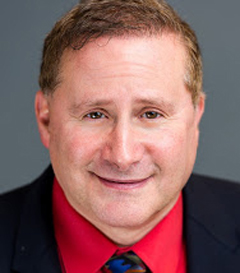