Loading...
We know your business is rapidly adapting to the global COVID-19 outbreak. If you need assistance with your Wolters Kluwer products or would like to get more information on a complimentary Guest Pass to any of our online products, please contact your representative. To help you stay informed and navigate the changes, Wolters Kluwer is providing free insights and resources. View Resources here >> Close
Securities Regulation Daily Chairmen Clayton and Giancarlo request modest increases from Senate appropriators for their agencies' FY2020 operations
News

The SEC and CFTC chairmen both pointed to the need for bolstering the cybersecurity resources and technological capabilities in their bids for expanded budgets in the year ahead.

SEC Chairman Jay Clayton, together with his CFTC counterpart, J. Christopher Giancarlo, appeared before the Senate Committee on Appropriations Subcommittee on Financial Services and General Government to request adequate funding for their agencies in FY 2020.

Budget requests. On behalf of the SEC, Chairman Clayton requested $1.746 billion, a 4.2 percent increase over the FY 2019 enacted levels. In his written testimony, Clayton asserted that this amount will allow the agency to carry out its mission to protect investors, maintain fair, orderly and efficient markets, and facilitate capital formation.

Meanwhile, on behalf of the CFTC, Chairman Giancarlo requested $315 million for FY 2020, noting that the budget request consisted of two separate components: the annual CFTC operational funding of $284 million and an additional request to support the relocation of three regional offices in the amount of $31 million. The operational funding amount requested is $16 million higher than the FY 2019 appropriations amount of $268 million, which represents a 5.9 percent year-over-year increase. In his written testimony, Giancarlo observed that the CFTC must have adequate resources to continue to serve its mission to foster open, transparent, competitive, and financially sound U.S. derivatives markets that remain the envy of the world. Clayton and Giancarlo also provided a summary of recent achievements at their agencies and underscored future priorities. In particular, both Clayton and Giancarlo noted the preeminence and importance of bulking up efforts in connection with cybersecurity to an apparently receptive group of subcommittee members, which consisted of Chairman John Kennedy (R-La), Ranking Member Christopher Coons (D-Del), and Sen. Chris Van Hollen (D-Md). Some of the issues which were the subject at the hearing are noted below.

Cyberattacks—it's a question of when, not if. According to Chairman Giancarlo, unquestionably, the number one risk to the financial markets and the governmental agencies that regulate them is cyberattacks. The senators expressed a measure of disbelief when Giancarlo told them that the CFTC typically detects approximately 200,000 cyber-intrusion attempts per month which come from all over the world. He asked that the subcommittee give special notice to this portion of the request, pointing out that the CFTC seeks to strengthen cybersecurity and network defenses and invest in the agency's multi-year cloud strategy. In Giancarlo's opinion, it's not a question if a regulatory agency or regulated entity will be attacked; it's a question of when. For the SEC's part, Chairman Clayton responded to a query from Sen. Coons, explaining that increased hiring and funding has already served to increase security around the SEC's EDGAR system, which suffered from a well-publicized breach in 2016. Clayton explained that the agency has engaged both internal and external consultants to review the security mechanisms surrounding the system. Clayton also indicated that the agency is exercising greater caution with respect to personally identifiable information. “We have reduced the number of fields regarding the information we seek, and we are not taking in information unless we know we can protect it,” he explained.

Protecting Main Street investors is paramount. Chairman Clayton indicated he was supportive of legislation introduced by Sen. Kennedy and Sen. Mark Warner (D-Va) that would address the Supreme Court's decision in Kokesh v. SEC. The High Court in Kokesh sided with the defendant, who argued in favor of a five-year statute of limitations period in connection with pursuing a disgorgement remedy. “I think the Court's decision in that case rewards a well-concealed fraud,” Clayton observed. He noted that he would like to see authority that would help investors get their money back in situations involving fraud against the public.

Clayton also indicated concerns regarding fees charged by receiver in the aftermath of the Stanford Ponzi scheme. In that matter, court-appointed receivers have received $224 million in fees. While noting that there are a lot of cooks in that kitchen, Clayton stated that the outcome is unacceptable.

CFTC chairman bullish on proposed swap execution rules. Responding to Chairman Kennedy's question about the new swap execution rule, Giancarlo expressed his unbridled enthusiasm about the new rule. He noted that the new rule will allow greater flexibility in swaps execution and untether practices in these markets from futures markets protocols and practices. “This will allow for an explosion in innovation and new entrants into the market,” Giancarlo exclaimed. He added, “This will be good for America's competitiveness and business activity.” 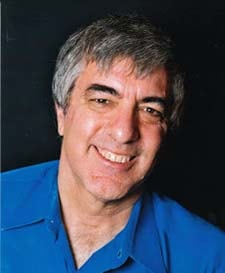