A Washington state jury awarded three public school teachers a combined $185M on claims that Monsanto and its successors poisoned teachers, students, and parents who attended the educational facility.

Three public school teachers successfully sued Monsanto Company and its successors for poisoning teachers, students, and parents who attended Sky Valley Education Center in Monroe, Washington between 2011 and 2016. The teachers alleged that exposure to leaking polychlorinated biphenyl (PCB) ballasts in fluorescent light fixtures at the school caused a number of injuries, according to a news release issued by the plaintiffs’ law firm, Friedman Rubin, PLLP. The jury determined that the manufacturer supplied a product that was not reasonably safe as constructed or designed and that the manufacturer was negligent in failing to provide adequate warnings. Further, the jury concluded that the exposure to PCBs was the proximate cause of the teachers’ injuries, The jury awarded the three teachers $15,000,000, $18,000,000, and $17,000,000, respectively, for damages and awarded $45 million in punitive damages to each of the three teachers (Erickson v. Monsanto Co., July 27, 2021, North, D.).

Complaint. According to the plaintiffs’ first amended complaint, Monsanto intentionally produced and promoted in the United States more than 1.25 billion pounds of PCBs, which, as reported by federal agencies are "extremely toxic" and damage the systems in human body. Further, the complaint asserts that Monsanto known that PCBs are toxic since the 1930s, yet "promoted them without adequate warnings for electrical, construction, and other applications," until PCBs were banned. Until 1977, Monsanto was the only manufacturer in the U.S. that intentionally produced and promoted PCBs for commercial use. The complaint also asserted that "PCBs are extremely toxic to humans and wildlife"; and that the synthetic chemicals are "among the most stable chemicals known and decompose very slowly once they are in the environment."

In the current case, the complaint maintains that the exposure to PCBs in the education center caused those who used the building to develop adverse medical effects, including neurological damage, autoimmune and endocrine diseases, and cancers. The claimants’ allegations included that (1) Monsanto intentionally failed to warn customers and the public regarding the toxicity and hazards of its PCB products; (2) Monsanto’s PCBs were not reasonably safe in construction because they were unsafe-"extremely toxic"-to an extent beyond that which would be contemplated by an ordinary consumer; (3) the extreme toxicity of Monsanto’s PCBs was a proximate cause of the plaintiffs’ damages. The complaint also asserted that the manufacturer’s PCBs were not reasonably safe as designed under a balancing test or under a consumer expectations test; were an unavoidably unsafe product; and were not reasonably safe due to inadequate warnings when manufactured or after manufacture. These conditions were a proximate cause of the plaintiffs’ damages, according to the complaint. Further, the complainants stated that any Monsanto warnings to the non-Monsanto parties in this case at the time of manufacture regarding the extreme toxicity of PCBs were inadequate and a proximate cause of their damages. They also said that any Monsanto warnings to the non-Monsanto parties in this case after manufacture, and up to the present day, regarding the extreme toxicity of Monsanto’s PCBs, have been inadequate, which was a proximate cause of the claimants’ injuries. The injured parties also alleged that due to their extreme toxicity, Monsanto’s PCBs never had "useful safe life, and that the company had actual knowledge of the defect and the danger of its PCBs, but showed complete indifference or conscious disregard for the safety of others by producing and promoting PCBs anyway. Finally, the complaint described in detail how PCB-caulking and PCB-light ballasts cause PCB-contamination and, specifically, in this manner, how the school buildings became toxic, injuring children and adults. The complaint also provided detail relating to the injuries allegedly sustained due to the PCB exposure.

Trial and damages. The teachers were the first of over 200 teachers, students, and parents to reach trial against Monsanto, now owned by Bayer Pharmaceuticals, after years-long litigation. The verdict was more than requested by Friedman Rubin’s lead counsel, Rick Friedman. In his closing argument, Friedman suggested, at minimum, that the three teachers be awarded $10M each with punitive damages of three times that amount. The jury awarded more to each teacher, plus the punitive damages that counsel requested on behalf of the teachers.

The law firm successfully argued that the chemical company should be subject to punitive damages under Missouri law, where the company’s decisions were made, even though the case was litigated in Washington, which does not provide for such damages. The law firm further noted that the punitive damages awarded represented the jury’s intent to punish the company’s reckless disregard for safety and to deter other chemical manufacturers from such conduct. 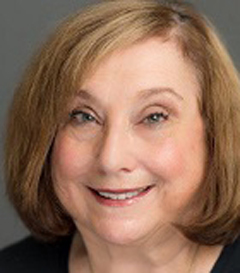