The $15 million compensatory damages award will not be reduced by the portion of the decedent’s responsibility for her illness because the jury concluded that she relied to her detriment on the cigarette maker’s concealment of material information.

A Florida jury awarded $15 million in compensatory damages and $28 million in punitive damages against Philip Morris USA, Inc. for the wrongful death of a smoker who died of lung cancer that was attributed to her smoking the tobacco company’s cigarettes. The jury concluded that the decedent had relied to her detriment on statements of material fact made by Philip Morris that concealed or omitted material information concerning the addictive nature of smoking cigarettes, resulting in her cancer and death (Lipp v. Philip Morris USA Inc., September 3, 2021, Lopez, P.).

The son and personal representative of the estate of a deceased smoker brought suit against cigarette manufacturers, Philip Morris USA, Inc. and R.J. Reynolds Tobacco Company under Florida’s Wrongful Death Act or, alternatively, under the state’s law for survival actions. The complaint asserted that the decedent died of lung cancer which was allegedly caused by her smoking the manufacturers’ cigarettes. The action for compensatory and punitive damages was brought on behalf of the decedent’s surviving spouse and her three children and went to trial on claims against Philip Morris.

The complaint further asserted Engle-progeny status pursuant to Engle v. Liggett Group, Inc., 945 So. 2d 1246 (Fla. 2006), claiming that the decedent was a Florida resident and citizen who: (1) was addicted to, purchased, and smoked cigarettes containing nicotine that were designed, manufactured, advertised, and marketed by Philip Morris, and (2) did so in sufficient quantities and for a sufficient time period to cause injuries and her death. Relying on Engle’s findings, the complaint stated claims of strict liability, fraudulent concealment, and conspiracy to commit fraud, alleging that Philip Morris: (1) placed cigarettes on the market that were defective and unreasonably dangerous; (2) concealed or omitted material information not otherwise known or available knowing that the material was false or misleading or failed to disclose a material fact concerning the health effects or addictive nature of smoking cigarettes or both; and (3) agreed to conceal or omit information regarding the health effects cigarettes or the addictive nature of cigarettes with the intention that smokers and the public would rely on this information to their detriment.

The complaint sought all damages authorized by Florida’s wrongful death statute, including those for: mental pain and suffering; loss of consortium; loss of support and services; loss of parental companionship, instruction, and guidance; loss of net accumulations; and funeral and burial expenses. In addition, the complaint sought punitive damages, alleging that the conduct of Philip Morris was sufficiently egregious to show apparent indifference and wanton disregard to the health and safety of individuals. On the strict liability claim, the complaint maintained that the Engle Phase I findings conclusively established that the cigarettes sold and placed on the market by the cigarette makers were defective and unreasonably dangerous, and that smoking the "defective cigarettes" manufactured and marketed by the cigarette makers proximately caused her lung cancer-one of the illnesses identified by the Engle findings as caused by smoking cigarettes.

Fault of decedent. The jury acknowledged that there was "fault" on the part of the decedent that was a legal cause of her lung cancer and death. However, the jury found that she was only 15 percent responsible for her cancer and death, and it assigned Philip Morris 85 percent of the responsibility for her condition.

Compensatory damages. The jury awarded compensatory damages of $3.75 million to the decedent’s spouse (for loss of companionship and protection and pain and suffering) and $3.75 million to each of the decedent’s three children (for loss of parental companionship, instruction, and guidance, and pain and suffering).

In the verdict sheet, the court advised the jury that it would make appropriate reductions to the damages award based on the jury’s finding of fault on the part of the decedent. However, because the jury found that the decedent had relied to her detriment on Philip Morris’s concealment and omission of material information regarding the health effects and addictive nature of smoking cigarettes, the court would not reduce the damages award by the amount of fault assigned to the decedent.

Punitive damages. Finally, the jury concluded that the clear and convincing evidence warranted the assessment of $28 million in punitive damages against Philip Morris. 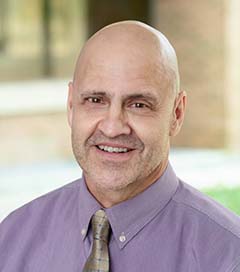