Loading...
We know your business is rapidly adapting to the global COVID-19 outbreak. If you need assistance with your Wolters Kluwer products or would like to get more information on a complimentary Guest Pass to any of our online products, please contact your representative. To help you stay informed and navigate the changes, Wolters Kluwer is providing free insights and resources. View Resources here >> Close
IP Law Daily Trebled award to Arctic Cat over watercraft steering system affirmed; patent marking question remanded
News

Substantial evidence supported a jury’s determination that Canada-based Bombardier Recreational Products and its U.S. subsidiary—makers and sellers of the popular "Sea-Doo" line of personal watercraft—willfully infringed two Arctic Cat patents for claiming a thrust steering system and that the asserted patent claims were nonobvious, the U.S. Court of Appeals for the Federal Circuit has ruled. The evidence also supported the jury’s royalty rate, and the district court did not abuse its discretion in trebling damages or in awarding an ongoing royalty. However, because the district court committed legal error when it placed on Bombardier the burden of proving that certain unmarked watercraft manufactured by an Arctic Cat’s licensee practiced the claimed invention, the case was remanded for further consideration of the patent marking issue and its effect, if any, on damages (Arctic Cat Inc. v. Bombardier Recreational Products Inc., December 7, 2017, Moore, K.).

In 2014, Minnesota-based Arctic Cat, Inc., filed suit in the federal district court in Miami against Bombardier Recreational Products, Inc., and its U.S. subsidiary, BRP U.S. Inc. (together, "BRP"), accusing BRP’s Sea-Doo personal watercraft (PWC) models equipped with Off-Throttle Assisted Steering (OTAS) of infringing three Arctic Cat’s patents relating to a thrust steering system for PWC propelled by jet stream. The claimed technology provides PWC riders with temporary "steerable thrust" in conditions where a rider turns the steering mechanism of the PWC and the throttle is returned to the idle position.

Following a 10-day trial, the jury found that BRP willfully infringed U.S. Patent Nos. 6,568,969 (the ’969 patent) and 6,793,545 (the ’545 patent). The jury also found that none of the asserted patent claims were invalid, that Arctic Cat’s products were not improperly marked, and that Arctic Cat established entitlement to a reasonable royalty of $102.54 for each infringing Sea-Doo unit sold since October 2008. In August 2016, the district court denied BRP’s motions for judgment as a matter of law and granted Arctic Cat’s motion for an ongoing royalty, awarding $205.08 per unit. In January 2017, in view of the jury’s willfulness determination, the court trebled the jury’s royalty rate damages, effectively awarding $307.62 per each 151,790 units sold (or $46,693,640), through April 30, 2016. Arctic Cat also was awarded prejudgment interest and supplemental damages.

Obviousness. On appeal, BRP argued that the district court erred in refusing to grant it judgment as a matter of law that the asserted claims would have been obvious in light of the off-throttle thrust reapplication system in its 1997 Sea-Doo Challenger 1800 Jet Boat ("Challenger") and an existing PWC, such as the 1998 Sea-Doo GTX RFI ("GTX"). In order to show that a skilled artisan would have been motivated to modify a PWC with Challenger’s off-throttle thrust reapplication system, BRP cited two prior art reports written by the Society of Automotive Engineers (SAE).

It was undisputed that the Challenger system and the GTX disclose all elements of most of the asserted claims. However, the Federal Circuit found that there was sufficient evidence in the record to support the finding that a skilled artisan would not have been motivated to combine. While the SAE reports identified the combination of the Challenger system, rudders, flaps, and scoops with a PWC as a means for addressing off-throttle steering problems, the reports also suggested that a "smart" engine system’s activation of restored thrust might result in additional new hazards, including collisions. Thus, a reasonable jury also could have found that modifying a PWC with the Challenger system would not have been a predictable solution yielding expected results.

Record evidence also supported Arctic Cat’s assertion that its invention received industry praise and satisfied a long-felt need. At trial, Arctic Cat introduced a press release that included a statement made by the Chief of U.S. Coast Guard Office of Boating Safety, who rode an Arctic Cat prototype and praised it as "one of the most impressive innovations I’ve seen all year," adding that will help in "developing a realistic, achievable standard for a control and safety issue that we need to address." Arctic Cat also offered testimony from its expert that others at the prototype demonstration were "were very impressed with the system and how it worked." BRP did not dispute there was a long-felt need in the area of off-throttle steering and PWC rider safety, but argued that its Challenger system satisfied that need. There was sufficient evidence for the jury to find that the claimed invention, rather than the Challenger, solved the problem of off-throttle steering.

Patent marking. Under 35 U.S.C. §287(a), a patent owner who makes or sells a patented article must mark its articles or notify infringers of its patent in order to recover damages. A patentee must make reasonable efforts to ensure that licensees also comply with marking requirements.

In February 2002, Arctic Cat entered into a fully paid-up license agreement with Honda for the sale of PWCs in the United States through 2009. Honda had no obligation to mark the PWCs and Arctic Cat made no effort to ensure Honda marked those PWCs. The parties disputed whether any of the Honda PWCs was covered by the patent claims at issue.

In this case, BRP satisfied its initial burden by identifying 14 unmarked Honda PWCs from three versions of its Aquatrax series sold between 2002 and 2009. It then became Arctic Cat’s burden to prove that the products identified by BRP did not practice the patent-at-issue. The Federal Circuit vacated the district court’s judgment as to marking and remand so that Arctic Cat on remand would have an opportunity to proffer evidence that the Honda PWCs do not practice the asserted patents, thus entitling it to recover damages under the constructive notice provisions of Section 287.

Royalty damages. The Federal Circuit found that the district court did not abuse its discretion in admitting the testimony of Arctic Cat’s damages expert. The jury was entitled to rely on the opinions of Arctic Cat’s experts that BRP’s later-developed "Intelligent Brake and Reverse" system was a value benchmark for BRP’s allegedly infringing and earlier-developed OTAS system. The court also did not abuse its discretion in granting an ongoing royalty based on a post-judgment hypothetical negotiation. The district court weighed the relevant Georgia-Pacific factors and determined that Arctic Cat was entitled to an ongoing royalty amount higher than the jury rate.

Willfulness and enhanced damages. BRP argued that the jury’s willfulness finding was not supported by substantial evidence, the district court’s instructions were erroneous, and the court abused its discretion by trebling damages. The Federal Circuit disagreed. The district court’s instruction on willfulness was legally correct, and evidence demonstrated that BRP knew about the patents before they issued, conducted only a cursory analysis of the patents, waited years before seeking advice of qualified and competent counsel, and unsuccessfully tried to buy the asserted patents through a third party. The district court also did not abuse its discretion by not allowing briefing prior to awarding enhanced damages. The court later explained its decision, and BRP failed to explain how additional briefing would have changed the outcome. 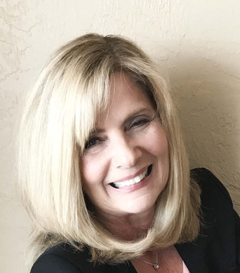