A wood pellet grill maker prevailed on a preliminary injunction claim against a rival grill maker which sought to use the grill's inventor in its advertising.

Traeger Grills, which purchased both the assets and intellectual property of the founder, Joe Traeger and his brothers, was granted a preliminary injunction against the defendant, Dansons US LLC (Dansons), a rival wood pellet grill maker, to preclude Dansons from using the Traeger name, the iconic Traeger barn, images of Joe or Brian Traeger, or references to Joe Traeger as the founder or creator of the wood pellet grill in connection with the advertising, marketing, or sale of Dansons' wood pellet grills or related products. The court indicated that Traeger Grills was likely to succeed on the merits of its trademark claim as to the Traeger mark and to the Traeger barn, as well as on its right of publicity claim, and that Traeger Grills has shown that it is likely to suffer irreparable harm in the absence of preliminary relief (Traeger Pellet Grills, LLC v. Dansons US, LLC, October 3, 2019, Rayes, D.).

After Joe, Brian, Randy, and Mark Traeger sold the Traeger Industries, Inc. (TII) company and its intellectual property rights to plaintiff Traeger Grills, Traeger Grills sought a preliminary injunction against the defendant, rival wood pellet grill maker, Dansons to preclude Dansons from (1) using the Traeger name, the Traeger barn, images of Joe or Brian Traeger, or references to Joe Traeger as the founder or creator of the pellet grill (collectively, the Traeger intellectual property) in connection with the advertising, marketing, or sale of wood pellet grills or related products; (2) publishing any statement that affiliates Joseph Traeger, Brian Traeger, or Traeger Grills with Dansons' products or endorses Dansons' grills or grill-related products; and (3) arranging any public appearance anywhere in the U.S. that communicates an endorsement by Joe or Brian Traeger of Dansons' grills or grill-related products.

Traeger Grills paid roughly $3.4 million for the assets in the business in an Asset Purchase Agreement (APA) and paid $9 million in consideration for the seller's right, title, and interest to the intellectual property rights pursuant to an Intellectual Property Rights Assignment Agreement (IPRAA) with Joe, Brian, Mark, and Randy Traeger. Since assuming these assets and rights, Traeger Grills has poured over $100 million into developing the Traeger brand. In 2007, Traeger Grills obtained federal trademark registration for the trademark TRAEGER used in connection the sale of gills, grill accessories, and wood pullets, and now owns nine other active federal trademark registrations. Also, its marketing includes images of the iconic Traeger Barn and promotion as the originator of the wood pellet grill. Dansons manufactures and sells wood pellet grills and accessories under the brand names Pit Boss and Louisiana Grills.

This conflict between the companies arose in September 2018, when Dansons announced that it had hired Joe and Brian Traeger to elevate the Louisiana Grills brand. The Dansons' marketing release features two photos of Joe and Brian Traeger and Danson executives standing in front of the Traeger Barn with the Traeger name prominently displayed behind them, and a third photo of Joe and the Dansons' CEO. After Traeger Grills sent Dansons a cease and desist letter, a resolution between the parties was never reached. Instead, Dansons promoted a new series of grills "brought to you proudly by Joe Traeger, the founder of the original wood pellet grill." Traeger Grills filed this lawsuit against Dansons, filing a motion for a preliminary injunction the next day, and, on the same date this lawsuit was filed, it filed a separate lawsuit against Joe, Brian, and Mark Traeger in the federal district court in Tampa, Florida. Last month, the court in that case declined to issue a preliminary injunction to prevent the Traegers from continuing use of their names, likenesses, and personal goodwill to promote Dansons.

Traeger Grills adopted the mark before Dansons’ first use on September 20, 2018. Traeger Grills also has met the requirements of the test’s second prong as Traeger and its distributors have displayed artwork, images and photos of the TRAEGER Barn, on websites and at point-of-sale, brick-and-mortar locations where customers can purchase Traeger Grills’ products and apparel, including TRAEGER Barn-themed tee shirts and hats. Traeger Grills also explains that it has conducted various advertising efforts that incorporate the mark including nationwide direct television campaigns, social media marketing, and roadshows. As a result, ruled the court, such use has been sufficiently public to identify or distinguish the marked goods in an appropriate segment in the public mind. Traeger Grills therefore has met the first factor in showing a likelihood of success on the merits of its Traeger barn trademark infringement claim.

Other issues addressed. In this instance, Dansons’ use of the Traeger story and the faces of Joe and Brian Traeger to promote its own business could continue to confuse consumers and diminish the distinctiveness of Traeger Grills’ brand, thus preventing Traeger Grills from controlling its reputation, which is based largely on the Traeger story and family. Loss of its reputation cannot adequately be repaired by monetary damages. So, as a result, Traeger Grills has shown that it is likely to suffer irreparable harm in the absence of preliminary relief, the court indicated.

Traeger Grills argued that the balance of hardships tips sharply in its favor, and, without injunctive relief, Traeger Grills may suffer further loss of control of and harm to its goodwill, exacerbated by additional customer confusion. On the other hand, said the court, Dansons has not shown that an injunction would be fatal to its business. In fact, it has made no pertinent allegation as to the extent that its business would suffer in the face of an injunction. In fact, Dansons has competed successfully alongside Traeger Grills for almost twenty years without any connection to Joe and Brian Traeger, the Traeger mark, or the Traeger Barn and, noted the court, it has made no showing will suffer particular harm if it must do so again. Consequently, the balance of equities tips in Traeger Grills’ favor, the court concluded.

Further, noting that it must balance the public's interest on a case-by-case basis, the court distinguished an earlier case where the public’s interest in fair competition outweighed its interest in preventing consumer confusion. The court indicated that factors supporting that finding are not present here. Rather, Dansons has used the Traeger name and barn and contracted with Joe and Brian Traeger, despite APA and the IPAA and with full knowledge of Traeger Grills’ existence as its main competitor. Considering the higher risk of consumer confusion, lack of good faith usage on the part of Dansons, and effect of the APA and IPAA, the interest in preventing consumer confusion outweighs the interest in encouraging free competition. Consequently, the court ruled, an injunction is in the public interest.

Meet the experts behind the article
Linda Panszczyk
Senior Analyst 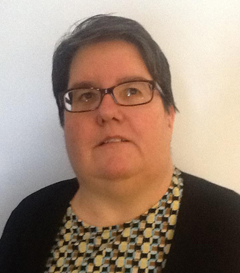 Exceptions in EU Copyright Law: In Search of a Balance Between Flexibility and Legal Certainty
By Tito Rendas
$155.00

From Antiquity to the COVID-19 Pandemic: The Intellectual Property of Medicines and Access to Health - A Sourcebook
By Nuno Pires de Carvalho
$155.00