Loading...
We know your business is rapidly adapting to the global COVID-19 outbreak. If you need assistance with your Wolters Kluwer products or would like to get more information on a complimentary Guest Pass to any of our online products, please contact your representative. To help you stay informed and navigate the changes, Wolters Kluwer is providing free insights and resources. View Resources here >> Close
IP Law Daily Patents for UCB’s bladder drug Toviaz were not invalid as obvious
News

A person of ordinary skill in the art would not have found it obvious to synthesize fesoterodine as an improved treatment for an overactive bladder, the federal district court in Wilmington, Delaware, has ruled (Pfizer Inc. v. Sandoz Inc., April 20, 2016, Sleet, G.). Five UCB Pharma patents on the preparation and use of novel derivatives of 3,3-diphenyl-propylamine, a compound used in the prescription drug Toviaz (fesoterodine fumarate), were thus not invalid.

The patents in suit were licensed to Pfizer by UCB Pharma. Both companies sued Accord Healthcare, Amerigen Pharmaceuticals, Amneal Pharmaceuticals, and Sandoz Inc. for the infringement of U.S. Patent Nos. 7,384,980; 7,855,230; 7,985,772; 8,338,478; and 6,858,650. After a bench trail, Accord, Amerigen, and Amneal stipulated to the infringement of the asserted claims. Sandoz denied any infringement of claim 1 of the ’980 patent and claim 3 of the ’230 patent, but a previous decision found that Sandoz had infringed both claims.

According to the defendants, the claims were obvious over prior art. More specifically, the defendants argued that a person of ordinary skill in the art would have found it obvious to synthesize fesoterodine—the active ingredient in Toviaz—as an improved treatment for an overactive bladder. The defendants based their theory of invalidity on the prior-art molecule tolterodine and its 5-HMT metabolite.

To determine whether the defendants established a prima facie case of obviousness, the court had to determine whether: (1) a chemist of ordinary skill would have selected the asserted prior-art compounds as lead compounds, or starting points, for future development efforts and (2) the prior art would have motivated a skilled artisan to modify the lead compound to make the claimed compound with a reasonable expectation of success.

Lead compound. The defendants argued that a person of ordinary skill in the art would have chosen 5-HMT as a lead compound for an improved treatment for an overactive bladder. According to the defendants, the bladder selectivity of the prior art molecule (tolterodine) would have motivated a person of ordinary skill to focus on the development of 5-HMT.

Because Mayersohn and Sloan’s “myopic approach to the field of overactive bladder treatments” undermined their credibility, the court concluded that a person of ordinary skill would have considered several other lead compounds, in addition to tolterodine and 5-HMT.

Modification of 5-HMT. The defendants argued that the prior art, which taught that tolterodine was metabolized differently across the patient population, would have motivated a skilled artisan to modify 5-HMT. According to Mayersohn and Sloan, the differential metabolization of tolterodine led to “huge variations in bioavailability” and the efficacy of that treatment. The defendants argued that the deficiency of tolterodine would motivate a person of ordinary skill to modify its metabolite, 5-HMT.

The plaintiffs argued that the differential metabolism of tolterodine was clinically insignificant because three studies that were presented in three prior art publications had concluded that the pharmacokinetics of tolterodine did not produce significant differences in patient outcomes.

The court was not convinced that a person of ordinary skill in the art would have disregarded those prior art studies, even if they were flawed, as Dr. Mayersohn had concluded. The court thus decided that none of the prior-art publications indicated that tolterodine had a bioavailability problem.

Based on the structure and low lipophilicity of 5-HMT, the defendants argued that a skilled artisan would have developed a new prodrug of 5-HMT—and produced a compound with “similar but improved properties over tolterodine and 5-HMT”—because 5-HMT was “too water soluble” and thus would be poorly absorbed if it was administered without modification.

The court noted that 5-HMT contained two hydroxyl groups—an aliphatic hydroxyl and an aromatic hydroxyl—that could be replaced with a “prodrug group” (promoiety). To obtain fesoterodine, the inventors replaced the aromatic hydroxyl with isobutyric ester. The defendants argued that a limited amount of routine experiments would achieve that result.

The plaintiffs disagreed. According to the plaintiffs, even if the potential promoieties were limited to those that were suggested by the defendants (i.e., esters with two to six carbons), a person of ordinary skill in the art would have had more than 7,500 options for modifying the 5-HMT molecule. In the court’s view, the sheer number of possible combinations contradicted the defendants’ assertion that replacing the aromatic hydroxyl with the isobutyryl promoiety would have been obvious to a skilled artisan.

The court acknowledged that the inventors followed a standard process to arrive at the 5-HMT prodrug, but the plaintiffs’ evidence showed that the inventors’ experiments yielded unpredictable results. Because the work of the inventors included a large amount of trial and error, the court concluded that the patents in suit were not invalid for obviousness.

Significantly, the preparation of salts could be a highly unpredictable exercise. In fact, the inventor had tested more than 70 salts himself, and initially only the hydrogen fumarate salt yielded the desired crystalline form. Eventually, the inventor discovered the hydrochloride hydrate salt of fesoterodine, which formed after the initial non-hydrate form was exposed to ambient moisture “for some time.” The court thus concluded the asserted claims of the ’650 patent were not obvious.

Conclusion. Because the defendants failed to present a prima facie case of obviousness, the court concluded that the asserted claims of the patents in suit were invalid.

Meet the experts behind the article
Mark Engstrom
Writer/Analyst 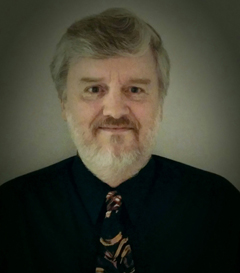