Agency failed to give reasonable explanation for changing rule to reflect split between abortion and non-abortion premiums.

Agreeing with the plaintiffs, the court detailed several examples of how HHS’ failure to provide a reasoned explanation for its change supported the conclusion that the 2019 rule change was arbitrary and capricious, including the fact that the 2015 Rule resulted from a GAO audit that revealed actual problems. However, there was nothing in the administrative record showing any noncompliance with section 1303 to support the 2019 rule change. To the contrary, the state Attorney Generals Multistate Comment Letters are filed every year and provide the accounting assurance that no federal funds are used for abortion services.

Further, HHS’s 2015 rule was based on standard health-insurance industry practice of bundled coverage and single-transaction payments, and many commenters described how states, issuers, and enrollees relied on that policy and how HHS’s proposed change of course increased costs, created enrollee confusion, and risked reduced healthcare coverage. Industry reliance on the earlier rule is a relevant consideration.

Also, HHS contended that its 2019 rule is a reasonable interpretation of Congress’s statutory requirement that issuers "collect . . . a separate payment." However, the statute does not require or even suggest separate billings by issuers or separate transaction-payments by consumers. The court also rejected HHS’ contention it was entitled to Chevron deference, finding HHS failed to identify any reasons why it changed course and claiming its statutory interpretation was reason enough was insufficient. HHS must identify some problem that it is solving or benefit that it is achieving, meaning it must give a reasoned explanation. 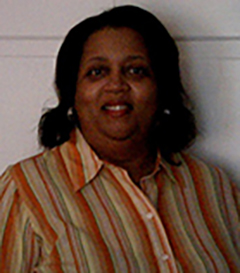