Loading...
We know your business is rapidly adapting to the global COVID-19 outbreak. If you need assistance with your Wolters Kluwer products or would like to get more information on a complimentary Guest Pass to any of our online products, please contact your representative. To help you stay informed and navigate the changes, Wolters Kluwer is providing free insights and resources. View Resources here >> Close
Health Reform WK-EDGE Have we heard the last word on the ACA’s cost-sharing reductions?
News

Have we heard the last word on the ACA’s cost-sharing reductions?

Would the Supreme Court see the ACA’s cost-sharing obligations the same way it interpreted the ACA’s risk corridors?

Despite the lack of a Congressional appropriation, the federal government is on the hook to reimburse insurers up to $2.5 billion for cost-sharing payments, the U.S. Court of Appeals for the Federal Circuit held in August. Leaning on Supreme Court precedent set down in April, the appeals court ruled that the Trump Administration must honor a Patient Protection and Affordable Care Act (ACA) (P.L. 111-148) obligation to reimburse insurers who were required under the ACA to financially assist low-income members with deductibles, copayments, and coinsurance costs. Although the court sent the case back to the trial court to settle a damages question, the cost-sharing reduction dispute may not have reached its end. This Strategic Perspective examines the legislative and judicial background of the dispute and considers whether the cost-sharing reduction question has been settled.

Additionally, to mitigate their losses, insurers increased premiums on certain plans (silver plans on the ACA’s health insurance exchanges) and worked with states to develop a plan for how to respond in a fashion that would avoid harm to consumers. The resulting plan involved the tax credit provision of section 1401 of the ACA. This section provides a refundable tax credit to lower the premiums that certain enrollees pay to their insurers, with the federal government subsidizing the premium reductions. Essentially, insurers raised premiums to offset their losses from the government’s failure to pay the cost-sharing reduction payments.

This, however, was not a perfect solution because the premium tax credits could only offset premium increases for applicable taxpayers, i.e., insureds with a household income of between 100 percent and 400 percent of the federal poverty line. Therefore, insureds having a higher household income would be paying significantly more in premiums for their silver-level plans since they did not receive premium tax credits.

Despite this attempt to make themselves whole through the use of raised premiums, the insurers still sought full compensation under the cost-sharing reduction program—arguing that the statute demanded it. Additionally, while the raising of silver plan premiums has played a significant role in the outcome of the cost-sharing reduction program dispute, more important to the outcome was a recent Supreme Court decision.

In April 2020, the U.S. Supreme Court answered a related question about payment obligations under the ACA. In Maine Community Health Options v. U.S., the High Court held that Congress must make the payments it promised to insurers under the ACA’s risk corridor program (see Plain language of ACA requires Congress to make full risk corridor payments, April 27, 2020). Notably, the Court found that the risk corridors statute created a government obligation to pay insurers the full amount regardless of whether Congress expressly provided budget authority before appropriating funds. Thus, like the cost-sharing reduction payments, Congress failed to provide an appropriation for the program, and yet the Supreme Court determined that the language of the ACA mandated payment anyway.

The Court held that two exceptions might have applied to the government’s payment obligation. The Court reasoned that the obligation may have been forgiven if the ACA had contained detailed remedies for violations of the section or if the Administrative Procedure Act (APA) applied to the dispute. Thus, deliberately or otherwise, the Court left a small window open for related disputes over the government’s ACA payment obligations.

With Maine Community as a backdrop, the Federal Circuit evaluated the cost-sharing reduction dispute in two cases decided on the same day—Sanford Health Plan v. United States and Community Health Choice, Inc. v. U.S. (see Failure to make cost-sharing payments violated Section 1402 of the ACA, August 18, 2020). These cases both questioned the government’s obligation to reimburse insurers for cost-sharing reduction payments made during 2017 and 2018.

Sanford. In Sanford, the Federal Circuit adopted the Supreme Court’s rationale from Maine Community, holding that because the cost-sharing reduction section used "shall make . . . payments" language, it made no difference to the analysis that Congress failed to provide an appropriation for that payment obligation.

However, the government raised a more nuanced challenge in Sanford, asserting that the loss of cost-sharing reduction reimbursements caused the insurers to secure permission (from states) to raise premiums, and that those higher premiums led to higher premium tax credits under section 1401 of the ACA, offsetting the loss of the cost-sharing reduction payments. In other words, the government argued that the insurers had already been made whole through their clever use of raised premiums. The court rejected this argument, holding it would be too great a departure from the Maine Community analysis to side with the government on this point. Specifically, the court explained that nothing about the existence of the premium offsets eliminated the "shall pay" language that was dispositive in Maine Community and also present in Sanford.

In Community Health, the court evaluated how the raising of silver plan premiums would impact a damage award. The court explained that for years in which the insurers did not raise their silver-level plan premiums, there was no basis to offset the damages award. However, the government argued that in 2018, it provided the insurers with "economic benefits" in the form of premium tax credit offsets arising from the premiums the insurers raised to offset the absence of the cost-sharing reduction payments. In other words, the government relied on a notion from contract law that "a non-breaching party is not entitled, through the award of damages, to achieve a position superior to the one it would reasonably have occupied had the breach not occurred."

The court agreed that the insurers were not entitled to a windfall and that there was a direct nexus between the (absence of) cost-sharing reduction payments and the raised premiums. Thus, the court sent the case back to the Federal Claims Court to reevaluate the damages calculation to credit the government for the premium tax credits it paid as an offset for the raised silver plan premiums.

In any of these potential reviews, the government will need to draw a sharper line between the Supreme Court’s decision in Maine Community and the Sanford and Community Health decisions. Specifically, to succeed in another stage of review, the government will either need to show that the cost-sharing reduction payment obligation is not like the risk corridor payment obligation—despite the "shall pay" language—or it will need to show that one of Maine Community’s exceptions apply.

While the Sanford and Community Health decisions may have brought resolution to the question of the government’s obligations vis-à-vis cost-sharing reduction payments for 2017 and 2018, the cost-sharing reduction program is still law. Thus, there may be further disputes and litigation related to the payments the government did not make in 2019 and 2020. Time will tell whether the Federal Appeals Court or the Supreme Court will step in and have the last word.

Meet the experts behind the article
Bryant Storm
Writer Analyst 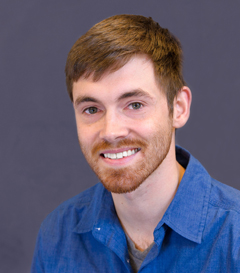