The GAO reviewed state and federal audits to identify accuracy issues in eligibility determinations and reviewed the processes in place in select states to prevent those errors.

As CMS prepares to begin processes to recoup federal funds from states for eligibility-related improper payments to the Medicaid programs, the Government Accountability Office (GAO) conducted a review of the accuracy of state eligibility determinations. Since eligibility determination reviews were suspended for fiscal years 2015 through 2018, the review will provide a starting point for policymakers and stakeholders to assess eligibility errors in the Medicaid program nationally (GAO Report, GAO-20-157, January 13, 2020).

Eligibility. The Patient Protection and Affordable Care Act (ACA) made changes to Medicaid eligibility rules by allowing states the option to expand eligibility to certain nonelderly adults. However, for those newly eligible applicants, the ACA required states to calculate income for most nondisabled, nonelderly applicants using a uniform method based on modified adjusted gross income (MAGI), which is derived from a federal tax-definition of income.

Oversight. Medicaid eligibility determinations are reviewed by two programs. The Medicaid Eligibility Quality Control (MEQC) program is implement by states and overseen by CMS. The Payment Error Rate Measurement (PERM) program is CMS’s process to estimate the national Medicaid improper payment rate. For fiscal years 2015 through 2018, CMS suspended MEQC and the eligibility component of PERM to provide states with time to adjust to the eligibility process changes in the ACA. However, eligibility reviews under PERM resumed in July 2017 for fiscal year 2019 and now going forward, states are to resume MEDQ reviews in the 2 years between their PERM reviews.

Findings. A review of 47 state and federal audits across 21 states identified multiple issues affecting the accuracy of states’ Medicaid eligibility determinations. Generally the issues discovered related to determinations made with incorrect or incomplete income or asset information, unresolved discrepancies between what applicants reported as their income and electronic data sources, and unidentified or unaddressed changes in circumstances, such as changes in household income or size. Specific issues included not conducting income checks for individuals reporting no income, not terminating the enrollment of individuals who moved out of state or died, enrolling individuals who did not provide required information on a timely basis, months or years behind schedule in conducting required eligibility redeterminations, and not acting on, or not having adequate systems in place to detect, changes in enrollees’ circumstances that could affect eligibility, such as changes in income or household composition.

The GAO selected five states to review, and found that those states reported having processes in place that were designed to avoid or address many, but not all, of the accuracy issues identified. All five states reported checking electronic data sources to verify income and financial assets. They also reported conducting automatic redeterminations for at least some MAGI enrollees using electronic data sources to confirm continued eligibility. The states reported that their eligibility systems automatically identify income discrepancies between data sources and income reported on the applications and reassess the eligibility for individuals reaching certain milestones, such as maximum age for their basis of eligibility and pregnant women who are approaching the end of their 60-day postpartum period. Officials from the five states indicated that they generally had systems in place to identify if an enrollee had died or moved out of state, however none of the states conducted regular reviews to identify changes in MAGI enrollees’ incomes during the enrollment period. The states also generally did not have processes in place to detect accuracy issues related to household composition.

Future. Under the revised PERM rules, CMS calculated an eligibility error improper payment rate beginning with the cohort of states under review for the fiscal year 2019 reporting period. States with error rates exceeding the 3 percent threshold will have a chance to implement improvements based on its initial PERM review and the MEQC review. Then, a second review will be conducted for the first cohort of states in fiscal year 2022, and at that time CMS will begin recouping funds. 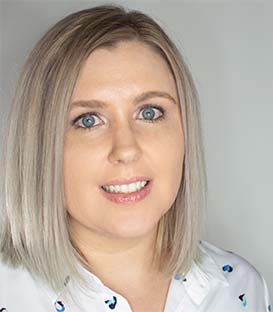